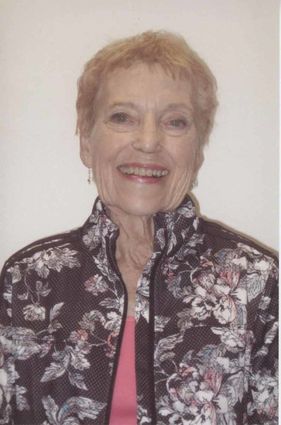 Marilyn Lund passed away on September 30, 2018 after a lengthy battle with cancer. A memorial service is being planned for a later date.

She and her husband Ben, of 55 years, raised their three children: Paul, Mark (Krista), and Karen on their Chouteau county farms at Big Sandy and Geraldine. Marilyn is survived by her husband Ben; three children; three grandchildren: Scott, Courtney, and Andrea; sister Suzanne (Bob) Lervick; and multiple in-laws, cousins, nieces and nephews.

Marilyn, daughter of Pearl and Oliver Jenson, grew up in Williston, North Dakota and graduated from Williston High School. After high school, she obtained a degree in education and counseling from Montana State. Most of her teaching years were spent with students from Big Sandy schools – teaching math, computers, home economics, and counseling all K-12 grades. She was also the athletic director and served on the school board.

After retiring from Big Sandy schools, Marilyn was hired by the Medicare Rights Center of New York City to pilot the online "Medicare Interactive Program" to area agencies in Montana. After interacting with many of the special area agencies and their volunteers, she chose to be trained as a Medicare & I&E volunteer. Since that time she has shared Medicare and senior information with senior centers in Geraldine, Highwood and Fort Benton.

Condolences may be shared with the family at http://www.OConnorFuneralHome.com.