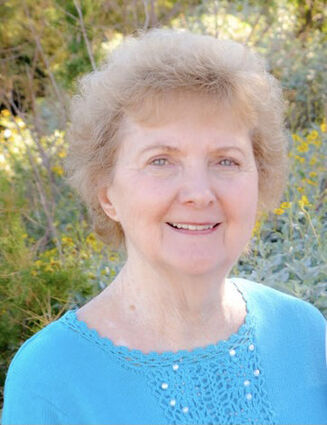 Betty Jeane Baltrusch, 89, passed away peacefully at her residence in Havre on March 25, 2022.

Funeral services will be held on Friday, April 8th at 1:00PM at the Havre Assembly of God with Pastor Norman Christofferson officiating. Burial will follow in Highland Cemetery. Betty's family has suggested donations be made to the Assembly of God Women's Ministry (montanaministrynetwork.com), Alzheimer's Association (alz.org) or Bear Paw Hospice in lieu of flowers. Please visit Betty's online memorial page at http://www.hollandbonine.com to send a card or leave a message of condolence for her family.

Betty was born on November 9, 1932, in Sterling, Kansas to Richard and Nellie (Smith) Cowan. She was raised in Hutchison, Kansas until moving to Big Sandy after her high school graduation in 1951. She attended college at Northern Montana College graduating with a associates degree. It was during her college years that she created lifelong friendships. One of those friends (who later became her sister-in- law) introduced her to Bill, whom she married on December 26, 1954. The couple made their home in Havre where they raised three daughters.

Betty worked as a medical secretary at the Sacred Heart Hospital until becoming a mother. Caring for her family and supporting Bill with his business ventures were her greatest joy. Betty was creative and had many talents. She was an accomplished artist, a gifted musician who loved singing and playing the piano, and she enjoyed gardening and entertaining both friends and family in her home. She was well known for her pumpkin pies as well as her fried chicken and gravy.

Those closest to Betty describe her as a selfless, loving, and godly person. She loved unconditionally and always knew how to make things better for those around her. She demonstrated through her own actions how we should live our lives and how to treat others. She was truly an angel on earth.