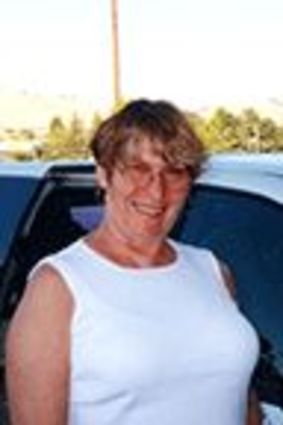 Ellen Marie Peek passed away on November 29, 2017 at her home in Pollock Pines, CA. She was born in Great Falls Montana on January 17, 1945 to Irene and Earl (Pop) Smith. She was raised in Big Sandy, Montana, attending the local school system, graduating in 1963. She attended Kinman Business College in Spokane, Washington before moving to Oakland, California in 1964. It was there she met George Desjardins, whom she married in 1967. Their daughter, Chelleste Desjardins, was born in 1971 joining her sisters: Jeannette (Mark) Caruso, Tracy Moulton and Cinthia Tolle. George and Ellen ran a grocery store in El Dorado, CA. They later divorced

Ellen married Jim Peek on Christmas day in 1989.They loved yards sales and were members in two different antique co-ops. In 1998, her niece Irene Smith and nephew Earl Ryder Smith came to live with them. Jim passed away in 2010. Ellen has always been a survivor and had already begun her career with Blue Shield of California, and only recently retired in January. Ellen hadn't been able to drive the last 10 years due to macular degeneration. However, she still loved to go to the Moose, Red Hawk Casino, and shopping (retail therapy is what she called it.)