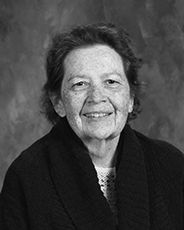 On February 11, 1953, Lola "June" Gibbs was born to James & Marie Gibbs in Dodge City, Kansas. Later, June and her family moved to Montana.

In 1973 she met Eneas Victor Phillips, and they were married a short time later on August 4, 1973. They were married for over 41 years, until Victor's passing in April of 2015. From this marriage, they had two children, Victor & Paul.

June always loved children. Most of her life was spent caring for and teaching children. In their early married years, June & Victor had many foster kids come and go and stay with them in their home. One of these children was Mindy, who they raised and love as their own.

June also cared for Mindy's children, Drak-O, Zander, Malaysia, Sonny, Filly, Piper & Riot, as her own. June taught as a para-professional in the Special Education department in Eureka, Hardin, and Box Elder Schools. Many of her students remained near and dear to her heart until the end.

In the early 90s, June went back to school and received her Associated Art Degree in teaching. June also spent over two decades caring for the developmentally disabled. She worked at Big Sandy Activities until her failing health prevented her from continuing.

The ladies at the BSA Women's Home were very special to her. She treated them as her own family. Lola "June" Phillips, 64, passed away on December 20th 2017 at Big Sandy Medical Center.