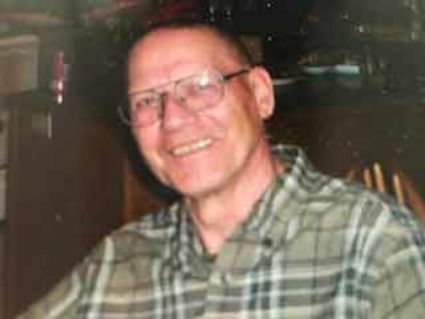 Raynold W. "Ray" Maxwell, 85 of Havre passed away on Monday, January 29, 2018 at Northern Montana Hospital due to natural causes. Cremation has taken place and no services are planned at Ray's request. Memorials in Ray's name may be made to the Friends of Beaver Creek Park or the donors choice. Holland and Bonine Funeral Home has been entrusted with arrangements. Please visit Ray's online memorial page and leave a message of condolence for his family at http://www.hollandbonine.com.

Ray was born on August 20, 1932 to Moffit and Lolo (May) Maxwell in Warrick, MT. He was raised on the family farm in Warrick and attended school in Big Sandy, graduating from Big Sandy High School in 1953. The fall after graduation Ray was drafted into the Army and was stationed in Texas, first at Fort Bliss and later at Fort Hood where he was a cook and driver for a Colonel.

Ray married Anna Mae Nelson on August 19, 1956 at the Sixth Avenue Christian Church in Havre. The couple had two children, Kenneth and Rae Ann. Ray had a few different jobs but worked as a parts and delivery man at Valley Motors for many years.

After retiring, Ray enjoyed walking his dogs and could often be spotted around town. He and Anna enjoyed camping in Beaver Creek and the Cypress Hills. Ray loved his children and grandchildren and cherished the time he spent with them.

He was preceded in death by his parents; brother, Glen; sister and brother-in-law Edna and Floyd Cline; and sisters-in-law, Bev and Helen.

Ray is survived by his wife of over 60 years, children, Ken (Betty) and Rae Ann (Dale) Hansonl; granddaughters, Amber (Garrit) Ophus and Angela (Dustan) Nyberg; great-granddaughters, Lilly and Jaida Ophus, all of Havre; and brothers, Robert E. of Atascadero, CA and Wayne H. of Chinook.