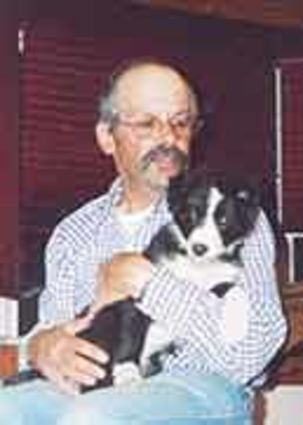 Joseph Russell DiSalvo, 71, of Big Sandy, Montana passed away peacefully in his sleep sometime during the night of April 6, 2018 at the start of calving season with his dogs by his side. A Memorial Service was held 11:00 a.m. Monday, April 9, 2018 in Big Sandy, MT at St. Margaret Mary's Catholic church with Father Peter Guthneck officiating. Please visit Joe's online memorial page at http://www.hollandbonine.com and leave a message of condolence for his family. The family requests that in lieu of flowers, all charitable donations go to the Dedman Foundation of Fort Benton, Montana.

Joe was born in San Francisco, CA to Russell DiSalvo and Grace (Gangi) Garcia. After graduating high school and upon completion of his US Military service, he began an education in Veterinary Medicine and met his loving wife Karin while working together in the same veterinary office. They married 6 months later in Carson City, Nevada on August 21, 1971 and shortly thereafter headed out to pursue his true and lifelong passion of ranching, spending the greatest part of his life on the Cowan Ranch outside Big Sandy, MT. They added daughters Angelia and Andria to the family through the blessing of adoption.

Joe had an immense compassion and connection to animals, particularly his cows and his dogs. Watching Joe train and work with his border collies was an amazing sight. He loved being outdoors, no matter the conditions and was an avid reader and self-scholar, regularly continuing to read up on Veterinary Medicine among other subjects. He enjoyed working on complex puzzles, and while known by many to be very quiet and rather private, had a quick and witty sense of humor. Joe was a man of deep faith and led his family by example in his faithful church attendance, reliance on prayer and reverence for God. Joe loved his family fiercely and put great value on providing for them.

Joe was preceded in death by his parents and grandparents.

He is survived by his wife of 46 years, Karin, daughters, Angelia DiSalvo of Big Sandy, MT and Andria (Matt) Meyers of Chester, Montana, his first grandchild DevinJo DiSalvo, who will be graduating from college this May and of whom he was so incredibly proud, grandchildren Brooke DiSalvo, Tayler Meyers, Rush Meyers, and Shade Meyers who all love him very much and were so loved by him, brother Salvatore (Anne) DiSalvo of Lodi, California, and sister Sharon (Michael) Smith of Seattle, Washington and last, but certainly not least dogs, Meg, Massie, Kate and Jessie.