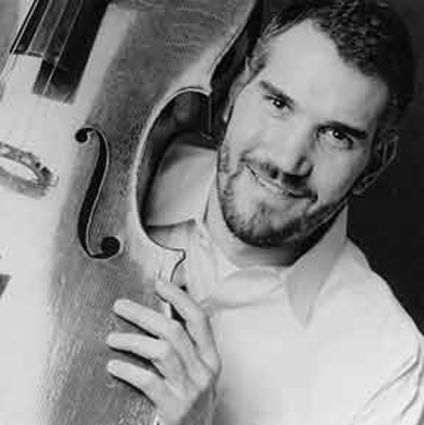 Chouteau County Performing Arts is once again pleased to present the Piatigorsky Foundation in a free concert at the Grand Union Hotel, at 4:30 PM on May 10. If you think you don't like classical music, this will be the concert that changes your mind. This show is presented in partnership with Emily's Vacation Cottage, The River House and the Franklin Street Guest House. This year we are honored to have The Piatigorsky Foundation's founder, Evan Drachman, accompanied by Efi Hackmey. Come enjoy an evening of inspirational music and stay for dinner at the Grand Union. Learn more about the Piatigorsky Foundation at their website, piatigorskyfoundation.org.

Cellist Evan Drachman, founder and artistic director of The Piatigorsky Foundation, has combined musical talent with artistic vision to create a rich and varied career. Mr. Drachman spends much of his time performing recitals, concerti and chamber music in the United States and abroad. As Artistic Director of The Piatigorsky Foundation, he has become one of this country's most respected authorities on the presentation of live classical music to diverse audiences. The Foundation's mission is to make live classical music a part of the fabric of everyday life for underserved communities throughout the United States. The organization is named for Mr. Drachman's grandfather, cellist Gregor Piatigorsky.

Mr. Drachman received his BMA from The Curtis Institute of Music in 1988. In 1994, Mr. Drachman performed with the Odessa Philharmonic in Odessa and Kiev. In 1997, at the invitation of Mstislav Rostropovich, Drachman traveled to Russia to perform as soloist with the St. Petersburg Symphony under Maestro Rostropovich.

In 1999, Drachman recorded his first CD, A Frog He Went a Courting, with pianist Richard Dowling. The Baltimore Sun's Steven Wigler wrote of the recording: "Drachman possesses in abundance two qualities for which his grandfather was revered: the ability to make the cello imitate the human singing voice and, even more important, the ability to tell a story." Following this success, Drachman and Dowling released two more recordings titled, Infinity in 2004 and Romance and Revelation in 2007. In 2012 Evan Drachman released Full Circle with pianist Victor Santiago Asuncion. Their latest recording should be available by the end of 2017. Evan Drachman currently lives in Maryland with his wife Joan and their two sons, Eli and Oliver. This season, Drachman will be performing works by Bach, Beethoven, Schumann, Chopin and Grieg.

Pianist Efi Hackmey performs widely as a soloist and chamber musician. He recently founded the Chiarina Chamber Players (http://chiarina.org), a concert series in Washington, DC, which he directs together with cellist Caroline Bean Stute. In 2013, he released an album on the Naxos label, which includes several World Premiere Recordings (Polish Violin Music with violinist Kinga Augustyn). His recent performances have included solo recitals at Lincoln Center's Rose Studio and the Kennedy Center's Millennium Stage, as well as the Chopin F minor concerto with the Haifa Symphony Orchestra in Israel. Mr. Hackmey has performed at Weill Recital Hall at Carnegie Hall and the Mozarteum in Salzburg, Austria. A native of Israel, he has performed at the Tel Aviv Museum of Art, Jerusalem Music Center, and in special concerts presented by the Arthur Rubinstein International Music Society. He performed many additional concerts in Israel and Germany, and in the U.S. He has performed on Israeli TV Channel 2, and his recordings have been broadcast on the Israeli National Public Radio, and in the U.S. on WTSU, WRWA and WTJB. Efi has performed on several tours presented by The Piatigorsky Foundation.

For more info please call 750-2918 or 622-5677. CCPA concerts are presented in part by grants from The Montana Cultural Trust, The Montana Arts Council, WESTAF, The National Endowment for the Arts, The Montana Performing Arts Consortium, The Lippard-Clawiter Foundation and the Leroy and Claris Strand Foundation.