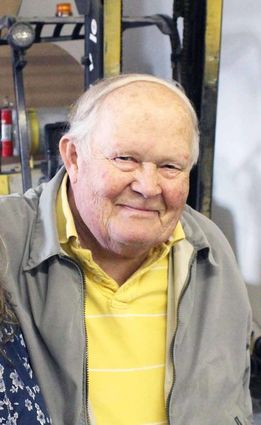 Robert Lucke died very peacefully on April 21, 2018 after a long battle with cancer.

Robby, as he wanted to be called, was born, January 10,1941 in Havre to Louis Lucke Jr., known as "Bee" and Virginia Stuart Lucke.

Robby graduated from Northern Montana College in 1959 with a teaching degree. He taught English and History in Glasgow as well as coached their Speech and Debate team from 1964-1974. In 1970 he attended the Masters Program at U of Montana earning his counseling degree.

In 1974 Lucke moved back to Havre and sold cars for Angstman Motors. And along with Bill Baily and Ted Reber, he started Bear Paw Homes, a Galliton mobile home dealership. He also created a popular column in the Havre Daily News called "Howdy Beaver Reports" running from roughly 1974-2004.

Missing the big mountains and his mother, Robby moved to Somers on the Flathead Lake. He went to work for Glacier Park driving red buses and teaching others how to do informative, interesting and entertaining Glacier Park bus tours. He also assisted in writing a Red Bus Driver's Manual and stated that was the best job he ever had. Establishing life long friendships and a historic legacy.

In 2010 he and his mother moved back to Havre and lived there until his passing.

Prior to his passing, Robby was working on two books. One about his grandfather and one about his travels in red bus 93 – "93 and me" he called it. He also enjoyed his job writing and entertaining local people for the Big Sandy Mountaineer. Again, gaining respected friends and memories.

Robby was preceded in death by his parents and his sister Lou Ann.

He is survived by his many friends and adopted family the Hulett's. Tom, Micheal Mary, Rhett, Wendy and William and their families and his beloved dog, Fala.

Robby's funeral will be at the Van Orsdel Methodist Church in Havre on Tuesday, May 8th at 3:00 p.m.

Robby dictated this obituary to Michael at the Grandview Transtional Center Great Falls. A true author and story teller!