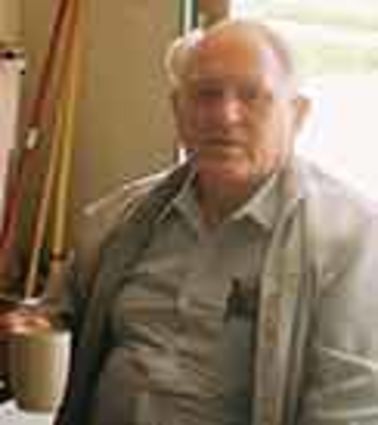 Lionell Grass, 96, passed away due to natural causes on Thursday, July 12, 2018, at Missouri River Medical Center in Fort Benton, MT. Cremation has taken place, and memorial services will be held at 11:00 AM on Friday, July 20, 2018, at Benton Funeral Home Chapel.

Lionell was born on May 21, 1922, in Butte, MT and was adopted by John and Bertha (Schmidt) Grass at the age of six weeks. He was raised in Box Elder, MT, attending school there. Lionell graduated from Big Sandy High School in 1940, and attended Northern Montana College for a year before returning to the farm. He married Beverly Winter on June 15, 1947, in Kremlin, MT, and the couple had three children. He farmed until the early 1990's when he retired, and he moved to Fort Benton in 2011.

Lionell enjoyed his weekly bowling, attending several State and National tournaments, his fishing trips with his friends and grandchildren, and water skiing, even though he couldn't swim. He was a member of Faith Lutheran Church in Box Elder since childhood, where he was baptized and confirmed. Lionell was also a member of the Big Sandy Masonic Lodge for 68 years, as well as Scottish Rite, Shriners, and the Havre Elks and Eagles.

He was preceded in death by his parents, John and Bertha Grass; his sisters-in-law, Frances Winter and Donna Wilson; and his brother-in-law Murrell Wilson, Jr..

His family has suggested memorial donations be made in Lionell's name to the Little White Church, c/o St. John's Foundation, 2429 Mission Way, Billings, MT 59102, or to the Missouri River Medical Center, PO Box 249, Fort Benton, MT 59442. Benton Funeral Home has been entrusted with services and arrangements. Please visit Lionell's online memorial page and leave a message of condolence for his family at http://www.bentonfh.com.