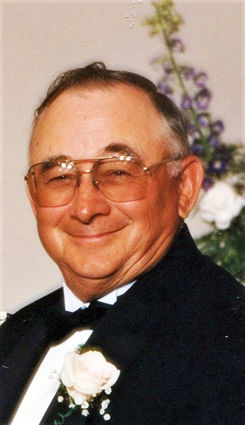 Leo Martin Faber, 89, passed away due to natural causes on Saturday, November 17, 2018, at the Big Sandy Care Center. Funeral services will be held at 11:00 a.m. on Friday, November 30, 2018, at St. Margaret Mary's Catholic Church. Burial will follow in the Big Sandy Cemetery. Leo's family has suggested memorial donations be made in his name to the Big Sandy Volunteer Fire Department, Big Sandy Medical Center, or St. Margaret Mary's Catholic Church. Holland & Bonine Funeral Home has been entrusted with services and arrangements. Please visit Leo's online memorial page and leave a message of condolence for his family at http://www.hollandbonine.com.

Leo was born October 11, 1929, in Havre to Theodore and Mary (Kane) Faber. He was named after a close friend and neighbor, Leo Black, who died in a horse accident. Leo's mother found out she had breast cancer at the time Leo was born, so his grandmother Faber and great-aunt Katherine Pepin cared for him for many months while Mary received treatment and surgery. Mary entered the hospital for a year when Leo was 8 years old, and died at the age of 37.

Leo's dad had bought the Black ranch southeast of Big Sandy in 1932 and carried on caring for Leo and his older brother Lawrence. Ted worked long hours paying off the mortgage on the ranch and the many bills, cooking meals, making bread, and doing the laundry the hard way with no electricity, telephone, or indoor plumbing.

From the age of 8, Leo spent summers at his grandmother Faber's on the Box Elder Creek along with many cousins and his special Uncle Joe, who started him on his many years of trout fishing. Leo attended Catechism classes at the Faber School down the road.

Leo attended the Dog Creek School for eight years, often along with his brother Lawrence riding horses to school. He went to high school in Big Sandy, staying in the dormitory and graduating in 1947.

Leo met Beverly Bull at a country dance at Warrick in December of 1947, and they started dating late in 1948. The couple married September 9, 1950, and after a short trip to Glacier Park were at home in the same house that they now reside. Leo's dad, who had purchased the McMillan ranch near Warrick in 1948, lived with Leo and Bev, along with brother Lawrence and Ben McConkey. There was a fresh supply of elk meat in the woodshed every year, compliments of Leo.

In June of 1951, son Gene was born. In 1953, the young family moved off the ranch and Leo worked for various Chevrolet dealerships in Big Sandy, Havre, and Great Falls. Three more sons were added, with another on the way, when son Gene died of Leukemia in October of 1956. In 1960, the growing family moved back to the ranch where Leo worked hard putting up hay, feeding the cattle, calving, fencing, and building a new barn.

By 1966, they had 9 children, which along with hired help, kept them busy and provided ranch help. Sometimes Leo would take all of the kids fishing, later doing the same with the grandkids. At times in later life, he would go alone to catch brook trout for supper.

In 1965, Ted Faber, Lawrence, and Leatrice and family had moved to a newly purchased ranch near Cleveland. In 1967, Leo and Beverly purchased the ranch from the family partnership.

Leo belonged to the Big Sandy Fire Department for years, and with his State Land fire truck was often the first responder in the rural neighborhood and the last to leave. The fire department crew came to the Faber ranch many years to get a large Christmas tree for Big Sandy. "Leo Trees" were also provided for all the school rooms to decorate along with the trees for the Catholic Church.

In 1988, Leo and Bev started an outfitting business. Leo was a member of the Montana Outfitters and Guides Association. Hunters came from many states, many of whom became lifelong friends. During these years, Leo and Bev traveled through many states and Europe.