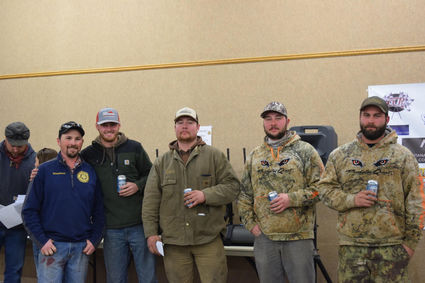 We raised $9,500 for the Big Sandy American Legion Post 50. We purchased 7 Del-Ton AR-15's with the money raised from previous years as well as several scholarships for Big Sandy High School Students.

We had 25 Calling teams and 9 open teams with a total of 119 participants. There was a total of 171 coyotes killed over the weekend. We had some awesome sponsors. Matt Feurehelm donated a Ruger AR-15 and was won by Josh Danreuther.