Abundance of deer prompts increase in quotas, many licenses are available in surplus 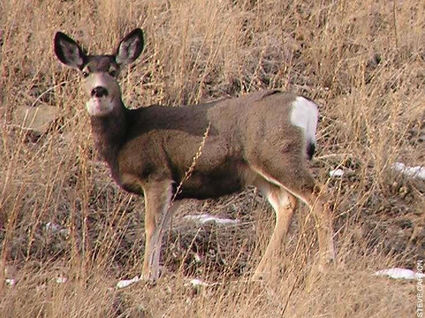 Are you looking for more hunting opportunity this year? Due to the abundance of both mule deer and white-tailed deer, Montana Fish, Wildlife and Parks Region 6 biologists elected to increase antlerless quotas in many of the hunting districts (HDs) in Region 6.

Every two years, FWP considers changes to all hunting seasons, proposes changes from the previous biennium, and encourages public comment before the Fish and Wildlife Commission makes its final decisions. Part of this process includes setting the license quota ranges for species in their respective HDs for the following two hunting seasons. All HD's have different quota ranges and those ranges must be commission approved.

Within those commission-approved ranges, biologists can adjust the quotas annually before the license drawing. For instance, in HD 670 north of Glasgow, 600 licenses were "listed" as available through the drawing in the 2019 hunting regulations for antlerless mule deer. However, prior to the drawing in July, the area biologist proposed to increase the quota to 1,000 licenses.

"The ability to adjust the hunting district quotas after spring surveys allows biologists to closely track what the population trend is showing on an annual basis," said Ryan Williamson, Outlook-area biologist. "This allows us to lower quotas if we come out of a bad winter or increase quotas if we have above average reproduction...instead of waiting every two years to respond."

As mentioned earlier, this may lead to a lot of harvest opportunity for hunters. Up to seven antlerless deer licenses can be held during the license year in any combination, including licenses that were acquired through the drawing, or licenses that were purchased as surplus. Surplus licenses will be available to purchase starting Aug. 12. A full list of available surplus licenses can be found on the fwp.gov website through a link on the home page.

In addition, due to the detection of CWD north of Hwy 2, FWP encourages hunters to get deer tested for CWD if they came from any district in the CWD Management Zone, which includes all HDs north of Hwy 2 in Region 6 and other HDs in other areas of the state. To prevent the spread of CWD from areas in Montana known to be infected, which is any CWD Management Zone, the whole carcass, whole head, brain or spinal column from any deer, elk or moose harvested within a CWD Management zone may not be removed from that Management Zone. Instead, hunters must quarter or "bone out" their deer prior to leaving the management zone. Please refer to page four in the 2019 deer, elk, and antelope hunting regulations for more information.