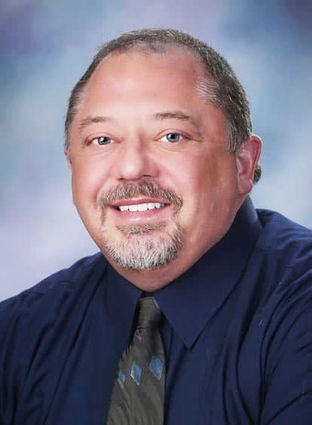 Bob Denning died of natural causes at his home in Billings on August 31, 2019. He was born in Great Falls on September 12, 1966 and grew up in Great Falls and Big Sandy.

Bob was an outstanding student, graduating at the top of the Big Sandy High School class of 1984. He played baseball, basketball, football, and even spent some time on the wrestling mat. Whatever Bob chose to do, he did it with determination and with a desire to be the best. Bob was always passionate about science and much of his extra-curricular activities in school centered on his love of learning.

He spent his summers and free time working, primarily with his dad on construction jobs – a past-time that kept the two busy spending time together throughout his life. He enjoyed spending time on his friends' farms and ranches, whether working or playing, and had a special affinity for horses and dogs.

Bob spent his entire life caring for people, beginning with his younger siblings at an early age, and continuing until the time of his death. He worked as a manager for sports teams when he wasn't playing in high school and worked as a student athletic trainer for the Lady 'Cats and other Bobcat athletes while he pursued higher education. He graduated with honors from Montana State University in 1991 with a B.S. in Physical Education, and earned his Masters in Sports Medicine from Indiana State in 1992. Bob was the head athletic trainer and a Physical Education professor at Northern Montana College from 1993 to 2001.

"Trainer Bob" then moved to Billings, joining the Orthopedic and Sports Medicine department of Billings Clinic, where he worked as an athletic trainer from 2001 to the present. He worked with many sports teams as an athletic trainer and conditioning coach, including the Billings Outlaws arena football team, the Billings Bulls hockey team, and the American Legion Scarlets. He also trained many Billings athletes from the area high schools.

He was very proud of all of the accomplishments of the hundreds of student-athletes he worked with over the years and always celebrated their successes and hardships with his incredible wit and sarcasm. Bob enjoyed that his work as a trainer helped athletes reach their potential for excellence and took pride in the fact that several teams and individuals he worked with became champions.

Bob graduated from the Rocky Mountain College Physician Assistant graduate program in 2011, and served the communities of Ashland, Broadus, Big Sandy and Jordan before moving to Billings for his most recent job as a PA with Billings Clinic in 2018. Bob was well-liked as a compassionate and no-nonsense healthcare provider.

Bob served his state and country as a member of the Montana Air National Guard from 1987-2001. As with everything he did, he served with honor and excellence. He finished his military career as a member of the elite 219th Red Horse Squadron from 1997-2001.

Always on the path of service, Bob gave his time as an athletic trainer for many high school sports tournaments, the Special Olympics and the Big Sky State Games throughout his career.

The greatest desire of his heart was to have a relationship with his daughter, Ariana, traveling to Minnesota as often as possible to be a part of her life.

Funeral services will be held in Big Sandy, September 21, 2019. Graveside gathering will be at Kenilworth Cemetery 10 am, service at 11 am at the Big Sandy Historical Society Museum with lunch and a celebration of Bob's life to follow. Everyone who knew and loved Bob is welcome.