Cline and Gregory voted all Conference 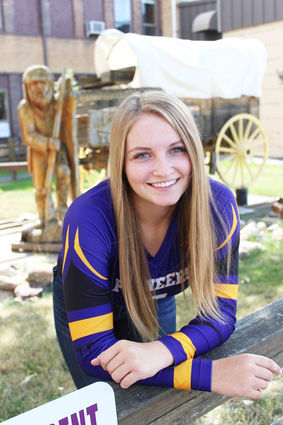 Big Sandy volleyball players were recognized early last week for their accomplishments at the end of a season that concluded with achievement of an important team goal.

A team banquet permitted the Lady Pioneers to reflect on a fall that had its ups and downs but capped with a remarkable upset-filled run to the divisional tournament.

In a players' vote, senior Amanda Cline earned the award for "scrappiest" player.

"It's probably about the biggest deal because that's the one the girls really want to get ... because it's given in honor of the memory of Laceen Ophus," said Pioneers coach Britt...