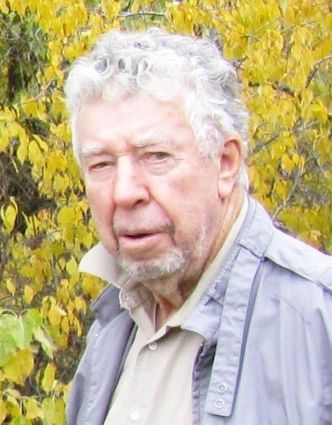 Martin Vincent Kane, age 86, was born on March 27, 1933, in Big Sandy MT, and passed away on November 26, 2019, at Benefis Hospital in Great Falls MT. He was the son of John F. "Jack" and Beatrice M. Kane of Warrick MT. Martin was raised on a small ranch in the Bear Paw Mountains with his brothers, John and Steve O'Malley. He attended the Upper Dog Creek School, a one room school, located a half mile from his home for his elementary years, and then boarded in Big Sandy while attending high school, graduating in 1950. The year after his graduation at age 17, with no teaching certificate, but the approval from the county superintendent, he taught for a year at the same rural school he had attended. He had one student.

After his short teaching stint, he was drafted into the army for two years where he was an artillery gunnery instructor stationed at Fort Sill Oklahoma and Germany. He often remarked what a great education and experience the army was, especially for a kid from the sticks in Montana.

Arriving back in Montana, Martin attended Northern Montana College, graduating with a degree in Chemistry. His quest for knowledge continued at the University of North Dakota, Highlands University in Las Vegas, NM, and Montana State University where he earned his master's degree. He then went on to Kansas State University for his PHD coursework.

In 1972, Martin and his wife, Bea, started KemData Laboratories. Originally intended as an agriculture lab testing feed, water, and soil, they soon branched into analyzing produced water, natural gas, and crude oil as well as production testing and reservoir engineering for the oil and gas industry from the Rocky Mountain Front to the North Dakota border. Because his work required almost continuous travel, Martin and Bea decided they would like to live at the nicest place they knew of, so they moved operations to the family ranch property in the Bear Paws where he continued to work up to the time of his heart attack. He always said he loved the work he did, and truly enjoyed the people he met.

Martin's funeral service will be held on Friday, December 20, 2019, at 11:00 a.m. at Saint Margret Mary's Catholic Church in Big Sandy. At his request his ashes will be interred at the family ranch in the spring "when the grass greens up".

Condolences for the family may be shared online at http://www.OConnorFuneralHome.com.