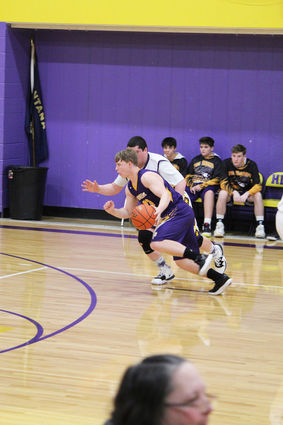 A three-game winning streak for the Big Sandy boys on the hardwood met a buzzsaw in the form of the relentless Chinook Sugarbeeters Thursday.

The Pioneers recovered from a 75-43 defeat to complete a season sweep of Hays-Lodgepole Saturday, winning 51-43.

At home against Chinook, Big Sandy did not give the Beeters the same run for their money that they did in an earlier road contest.

"We just seemed unmotivated. We played so tough in Chinook," Pioneers coach Thomas Dilworth lamented. "I don't know if we're just nervous. We've got to figure it out, though, They're not that much better than us...