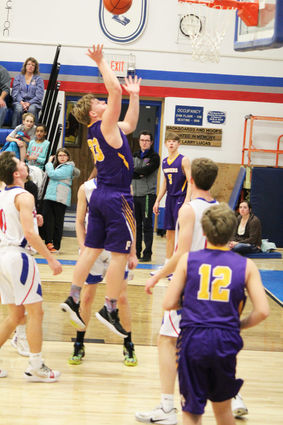 The rematch of a game that went down to the wire for the Big Sandy boys' basketballers again provided plenty of excitement late.

Unfortunately, a Pioneer team that shot out to a 31-16 lead at halftime had no interest in such second-half heroics and fell again to nonleague foe Denton-Geyser-Stanford in frustrating fashion.

DGS previously defeated the Pioneers 64-61 on Jan. 3 in Big Sandy.

Defensively, Big Sandy felt the business end of a pointed comeback effort as the host Bearcats roared back with 51 second-half points to claim a 67-59 win.