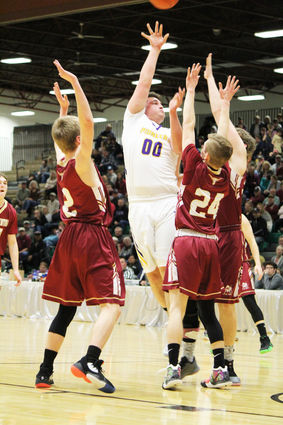 Big Sandy beat the odds. And then did it again. And again.

Though the magic did not carry the Pioneers to lift a trophy Saturday, it did allow them a second chance at a state tournament berth Monday in a challenge game against the District 8C champion Belt Huskies.

Big Sandy (16-10) needed rallies from double-digit deficits in the Feb. 26 opener at Four Seasons Arena in Great Falls against Centerville and again in Thursday's quarterf...