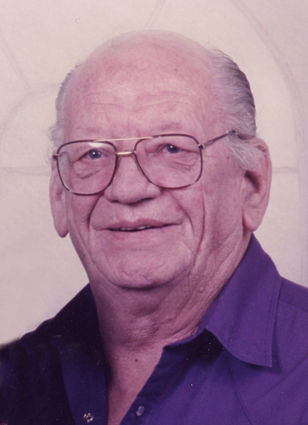 Ronald Lawrence Bielen, 85, of Great Falls, MT, passed away quietly of natural causes the evening of Sunday, April 26, 2020. Ron was preceded in death by his mother, Lily; father, Charles; and brothers, Robert and Raymond; and sister, Iris Marie. His brother, Harold is his only surviving sibling.

Ron was born on May 18, 1934, in Conrad, Montana. After graduating from Shelby High School in 1953, he married his high school sweetheart, Janet Belcher and they enjoyed 66 years of marriage.

At a very young age, Ron worked many nights and weekends doing odd jobs to help take care of his widowed mother. As a high school Junior, Ron was hired by Buttrey Foods and was trained to become a meat cutter in Shelby. Over the next 21 years, he was promoted to Department Manager and was transferred to 5 different stores. In 1972, Ron left Buttrey's and used his personal and retirement saving to purchase a grocery store in Big Sandy, Ron's Food Center. In 1977, Ron and Janet sold the store and moved to Fort Benton to open a new and larger store. In 1982, they sold Ron's Food Center and with his son Larry started L&R Meat Company and delicatessen. Over the next 14 years L&R became a landmark and destination eating establishment. Ron and Janet eventually sold L&R in 1996, and retired to enjoy a life of hobbies.

Ron was enterprising, passionate, and dedicated to everything he decided to do. He was a loving husband, proud father, and successful entrepreneur. He was also skilled at multiple, ever-changing hobbies. At various points in time, he was a hunter, fisherman, camper, leather craftsman, skilled woodworker, avid gardener, and golf enthusiast. He worked hard and played hard. He was always trying and learning new things but never sacrificed what he loved the most, his wife, his family, and his friends. He enjoyed joking around, keeping people guessing, and having a good time. He was a kindred spirit who was loved and enjoyed by many.

In lieu of flowers, the family requests contributions to be sent in memory of Ron Bielen to The Signal Point Golf Course in Fort Benton, MT or Great Falls Legacy Foundation (3010 15th Ave. S., Great Falls, MT, 59404). Memorial contributions may also be sent to Janet Bielen (724 33rd Ave NE, Great Falls, MT 59404) for distribution to the designated Charities. Thank you for your thoughts and prayers. The family plans to have a celebration of life at a later date.

Condolences for the family may be shared online at http://www.SchniderFuneralHome.com.