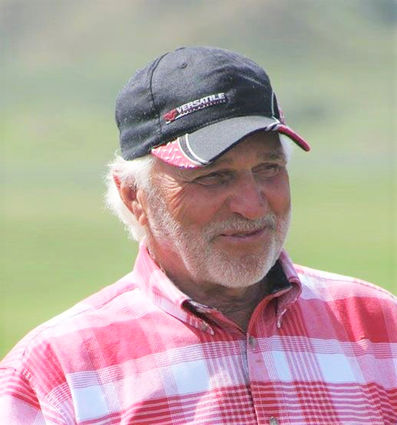 John Pavlovick, Jr. passed away on May 6, 2020, at his Havre home after a hard-fought battle with pancreatic cancer. He was 74 years of age.

Born on July 10, 1945, in Havre, Montana, to John and Elsie (Cikrit) Pavlovick Sr., John was raised southeast of Big Sandy and attended Iliad country school before graduating from Big Sandy High School in 1963. After graduation, John enlisted in the United States Air Force, where he trained as a jet engine mechanic. Airman First Class Pavlovick served four years and was honorably discharged in September of 1967. After his military service, John returned home and joined his brother Milan in farming and ranching 45 miles southeast of Big Sandy near the mouth of Birch Creek.

In 1971, John married Sharon Halley and within a few years they purchased the Warren and Edna Halley Ranch at Judith Landing. There they raised four children, Jennifer, Michael, Joseph and Amy. There was never a shortage of things to do on the place. John made improvements to the irrigation system, built up the ranch and spent many long days and some nights in the fields.

After 30 plus years of full-time farming and ranching, John eventually turned over the cattle side of things to his daughter Amy, as she began running the place. Never one for being idle, he picked up dirt work jobs and kept busy in the winter as a mechanic for Big Equipment, but come spring, John was back at the ranch doing the job he most loved, irrigating.

Fortunately, it wasn't always hard work and no play. John enjoyed holidays in the company of family and friends, and the occasional vacation, when he could get away from the ranch, to Disneyland, Swan Lake, MT, Norfolk, VA, Las Vegas, NV, and Guam. For the past 20 years, John had the companionship of his partner Shawnee Granger of Havre. Together they enjoyed gardening, a good yard sale, and trips to Washington and Hawaii. He also developed quite a passion for cooking.

John was preceded in death by his parents, half-brother Joe Moravec, and brother Milan Pavlovick.

Cremation has taken place, and the family is planning a July 10, 2020 Celebration of John's Life at Judith Landing. Full details will be announced at a later date. Holland & Bonine Funeral Home was entrusted with arrangements. Please visit John's online memorial page and leave a message of condolence for his family at http://www.hollandbonine.com.