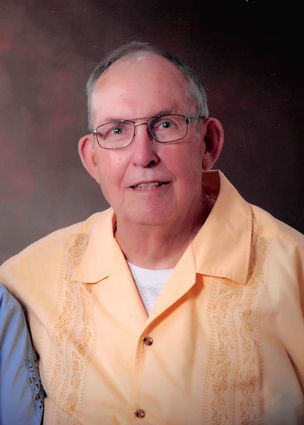 Charles A. "Charlie" Klunder, 86, passed away due to natural causes at the Big Sandy Medical Center on Thursday, May 21, 2020. Cremation has taken place, and at Charlie's request, no services will be held. His family has suggested memorial donations be made in his name to the Havre Lion's Club or the charity of the donor's choice. Holland & Bonine Funeral Home has been entrusted with arrangements. Please visit Charlie's online memorial page and leave a message of condolence for his family at http://www.hollandbonine.com.

Charlie was born on May 31, 1933, in Miles City to George and Wanda (Burgher) Klunder. He was raised in Miles City, graduating from Custer High School in 1951. In 1952, Charlie enlisted in the United States Air Force and served until his honorable discharge in 1956. Following his discharge, he entered college, obtaining his Associate's Degree from Miles City Community College. For a few years, he worked as a police officer with the Miles City Police Department. In 1961, Charlie married Geraldine Reno, and the couple lived in Glasgow for a year, while Charlie began his lifelong career with the National Weather Service. His work soon led them to move to Alaska, where they remained until 1992. At that time, Charlie was transferred to Havre, Montana, and he and Geraldine elected to remain in Havre when he retired in 1996.

Charlie loved his work with the National Weather Service, and he continued observing the weather throughout his retirement. He was a member of the Havre Lions Club, and he and Geraldine enjoyed watching Jeopardy. Charlie was a great athlete in high school, so much so that he had the opportunity to try out for the LA Rams. His love of sports continued throughout his life, with his favorite teams being the Green Bay Packers and the LA Lakers. More recently, he enjoyed watching Gunsmoke and other westerns.

He was preceded in death by his parents. Charlie is survived by his wife, Geraldine Klunder, of Havre; children, Troy (Kathy) Klunder of Gamble, AK, and Tana Klunder of Anchorage, AK; sister, Jeannine Price of Miles City; three nephews; and one niece.