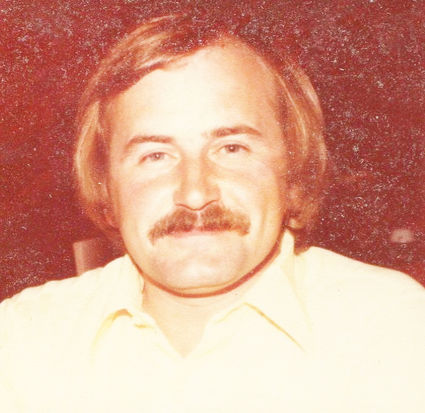 Gordon David Moes, 74, passed away peacefully in his sleep at his home in Big Sandy on Saturday evening, June 13, 2020. All of his children, grandchildren, and his wife were able to be home that day by his side.

Gordon was born on February 1, 1946, in Havre to Edward and Noreen (Welty) Moes. He was raised on the family farm outside of Big Sandy, and attended school in Big Sandy, graduating from high school in 1964. Gordon attended the University of Great Falls and South Dakota State University, obtaining his degree in mechanized agriculture. He returned home after college to work on the farm, and on July 7, 1978, Gordon married Debra Schubert of Chinook. The couple made their home in Big Sandy, raising three children there.

Gordon spent his days working on the farm, raising hogs in the earlier years and later concentrating on strictly farming. Early on he owned a small plane and was quite the accomplished pilot. Although he quit farming in his later years, Gordon never really retired, spending his days working on machinery, cleaning grain, and building projects for his children. He also enjoyed working at Napa, driving truck for Big Equipment, and helping transport the famous Big Bud tractor to Illinois.

Gordon's life was marked by a special closeness to his family, avidly supporting his children in all their varied endeavors. He was in return adored by his children and grandchildren, and his family truly spent all their free-time together, going to concerts, attending MSU Bobcat games, cooking ribs and arguing politics, and taking annual summer camping trips. It brought him sadness knowing that he would leave this world without being able to see his grandchildren grow up.

Gordon was a very community-minded man, serving on the Big Sandy hospital and

school boards for many years. He was always willing to help out a neighbor or a friend, and he spent lots of time helping others with projects of their own. He was a huge supporter of the local school sports, and up until recently, could be found at most events. He was also a lifetime fan of the Green Bay Packers, finally being able to attend a game at Lambeau Stadium in 2012.

He was preceded in death by his parents, Edward and Noreen Moes, and his brother Michael Moes.

Gordon is survived by his wife Debra Moes, of Big Sandy; children Ashley (Kyle) Descheemaeker and Kimberly (Steven) Graham, all of Lewistown, and Nicholas Moes of Bozeman; three grandchildren; and brothers, Steve Moes of Seattle, WA, and Russell (Karen) Moes of Big Sandy.

Cremation has taken place, and memorial services will be held at St. Margaret Mary's Catholic Church at 2:00 p.m. on Friday, June 26, 2020. A reception to celebrate Gordon's life will follow his memorial service at Paul Williams Memorial Park. Gordon's family has suggested memorial donations be made in his name to the Big Sandy Medical Center or the charity of the donor's choice. Holland & Bonine Funeral Home has been entrusted with services and arrangements. Please visit Gordon's online memorial page and leave a message of condolence for his family at http://www.hollandbonine.com.