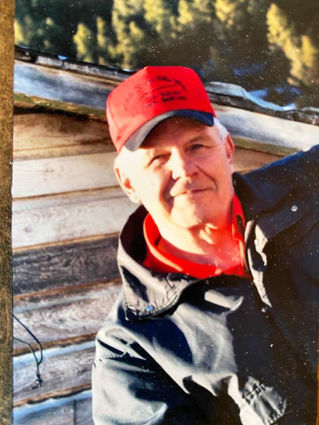 Vernon Edward Turk, 76, passed away on Tuesday, August 18, 2020 after a full life and a long battle with Alzheimer's.

Vern was the 3rd generation to operate the family farm and ranch in Big Sandy where he spent most of his life. He then moved the ranch to Ekalaka where he would finish his ranching career. Vernon's love of the outdoor life included hunting, fishing, and caring for all animals "except chickens". He had an infinite love for breeding cattle and training horses. He enjoyed nothing more than being on one his favorite horses and being able to get any job done required of them.

He was always a kind, loving person who would give the shirt off his back to someone in need. As we grew up, we fondly remember him offering a place to stay to many. Vernon was a character and enjoyed a good joke, especially at someone else's expense. He was a devoutly honest and humble man with conviction of right and wrong. You could count on the truth from him whether you wanted to hear or it not. Vernon is one of the last of a dying breed - a true cowboy. He will surely be missed by all who knew him.