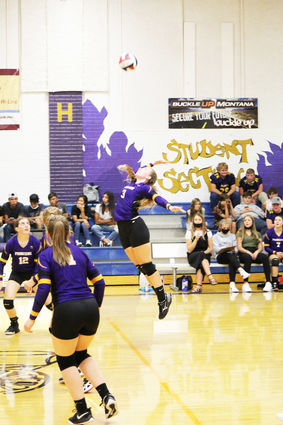 Big Sandy grew in confidence and competitiveness throughout the match despite the sweep.

"I told the girls right away I don't think we have anything to hang our heads about," Pioneers head coach Brittany McKenney said. "Chinook is a strong team. It's a big deal to come out and to really compete with them."