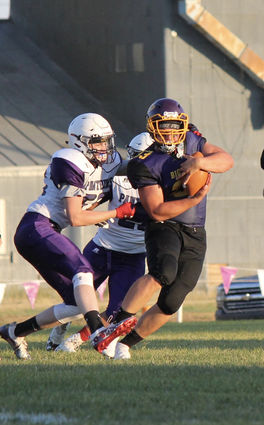 The rumpled appearance of new wrinkles in the Big Sandy offense ironed out smooth in the second half of a 47-6 win against visiting Valier in Friday's football season opener.

"It was very sloppy," said Pioneers head coach Larry Jappe. "I was not happy in the first half."

Three consecutive seasons of state playoff appearances and a combined 26-7 record during that run can make for a 29-0 halftime lead that isn't up to snuff.

"We kind of figured out what was working against them," Jappe said, in the second half. "When everybody did what they were supposed to, we looked good. When not everybod...