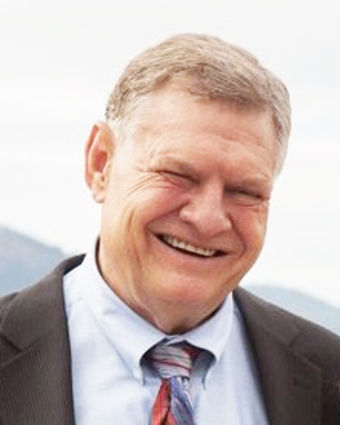 Michael (Big Mike) Tilleman was born on March 30, 1944 in Zurich, Montana to Belgian immigrants Henry Tilleman and Irma D'Hooge, who taught all of their children the virtue of hard work. He acquired his sense of humor from his dad, Hank, who was known as a "World Class Bullshipper" and his business sense from Irma. Mike passed away at home, in Havre, surrounded by his loving family on September 18, 2020.

He grew up on a farm and ranch, and his father said he was as dumb as a cow. However, Mike didn't think cows were dumb, citing the fact that they always knew the right gate when it was time to come home. A fond childhood memory from the ranch was catching an eagle by hanging a rope off a cutbank. Unfortunately, the animal proved to be a disagreeable pet and he had to release it.

He attended grade school in a one room school in Zurich. During his 7th grade year Mike told the teacher he knew everything about the 8th grade and wanted to jump right into his Freshman year. She told him he would have to pass the end of year exam to skip 8th grade; he passed. In a high school essay, he later stated he would not recommend it to anyone again because he thought he could have learned more. He hadn't hit his growth spurt when he started high school and was given the nicknames Little Tilleman and Thumper because of his small stature and big feet.

Mike always enjoyed physical feats and challenges. He told his family he wanted to play professional baseball, but they did not have baseballs on the farm. Never one to let a small obstacle such as this prohibit him from achieving his goal, he practiced pitching with rocks. Mike would run miles to move tractors and trucks, often completing the task so quickly his dad wouldn't believe it had been done. He would wear weights on his arms and legs and run beside the hay wagon bucking bales. His physical abilities led to recruitment offers from University of Georgia, Naval Academy, University of Washington, and Montana State (now University of Montana).

His athletic scholarship gave him the opportunity to go to Montana, where he was known for playing hard with personality. While there, he made many dear friends and had many exploits. Some of his favorite activities included tossing people in the air and catching them while sitting on a stool in the Mo' Club and studying geology. Mike graduated in 3 years with a B.S in Business Administration and held the record for a number of years for the most credits taken in one quarter.

After accepting his first job with the Minnesota Vikings, he met the love of his life, a Northwest Airlines flight attendant, Gloria Thorvaldson from Winnipeg, Manitoba. He saw her sitting next to his soon-to-be best friend and said, "That is the lady I am going to marry." After marrying, Gloria successfully raised Mike and their three children.

Mike loved working so much, everywhere they went he had two jobs, reporting his offseason jobs were just as often equally, if not more profitable than his primary occupation. The happy couple's next move was to the New Orleans Saints expansion team, and another job selling concrete and collecting on accounts receivables. Gloria and Mike loved the Big Easy and the many places they lived, including Houston, with The Oilers and Atlanta, with The Falcons where he received the Brian Piccolo award in 1973. In Atlanta working his off-season job, he was quite proud of getting the first approval of PVC pipe in a major construction project, Atlanta Hartsfield airport. Throughout their travels they made many dear friends, with whom they stayed in touch across the years.

After 12 years of a physically demanding occupation, Mike was ready to come home to Montana and the place he loved, the Hi-Line. He called Bob Inman from Chinook who told him Taylor Chevrolet was for sale and shortly thereafter Mike bought the store. Typically, people without auto experience are prevented from owning dealerships, but like many things, Mike was able to sell the idea to the manufacturer. He later expanded into agricultural equipment as well.

Mike was very proud that the first employee he hired retired with him and his second hired employee is still working at the dealership today (43 years later). His employees were like family to him. If you worked hard you got along with Mike just fine. His businesses continue on, now successfully run by the next generation. Mike was given many awards in all aspects of his life, such as TIME magazine auto dealer of the year for his philanthropic activities, but he was most proud of the self-proclaimed title "Cribbage Champion of the World." He won many games throughout his life, several of them during his last weeks at home playing with his children, grandchildren and friends.

After spending the first half of his life trying to escape the ranch, Mike went back to farming and ranching in the later half. He operated a large commercial and registered Red Angus herd on his family's farm and he loved his small "hobby." One benefit Mike found from taking care of the land and animals, is that it gave him plenty of opportunity to go pheasant hunting with his faithful bird dogs every fall.

Mike was a father figure to many, and a best friend to even more. His sense of humor and jokes are legendary. After telling a story about an after-hours melee his ending statement was "the mistake the guy made was grabbing an axe, a guy with an axe only has one move." He coached high school football, fortunately before political correctness and cellphones. He had a fantastic memory and could talk and make friends with anybody from all walks of life. Most everyone he met seemed to love him, except offensive lineman and quarterbacks. But they respected him.

Mike believed in the power of learning and wanted to encourage and help others to achieve their educational aspirations. He dedicated much of his philanthropy toward higher educational opportunities. He was a proud University of Montana Grizzly and MSU-Northern Lights supporter. He loved kids and supported their goals through 4-H, Hockey and many other youth activities. The Northern Lights Athletic Scholarship Foundation started by Mike continues this important work today.

Mike liked to help people find meaningful work and enjoyed finding tasks for idle hands. He decided a massive garden would help his children be productive one summer and helped them raise sheep in their yard. He was a creator of jobs and enjoyed building many things. Gloria and Mike were a team in building businesses and networks of friends. The creation they were most proud of building was a loving family. Mike is survived by his wife Gloria, children Craig (Wendy), Suzanne Tilleman (Jonathon Richter), Christopher (Crystal), and grandchildren, Mackenzie, Jackson, Sophia, Colby, Griffin, Carley, and Rhett. He was preceded in death by his parents and siblings, Paul, Theresa Swindle, and Bert.

Mike loved to share the fruits of his many labors with his family, friends and community. He was able to spend his last days in the home and community he loved surrounded by his friends and family sharing countless laughs and memories. Until his last day, he rose early in the morning and contemplated what great feat he could accomplish. A true competitor, best friend and loyal teammate to many, he left it all on the field.

A memorial service will take place at 2:00 pm Monday, October 12th at the MSU-Northern Campus with an option for viewing the service online (more information to follow). Holland & Bonine Funeral Home has been entrusted with services and arrangements. Please visit Mike's online memorial page at http://www.hollandbonine.com to leave a message of condolence for his family.