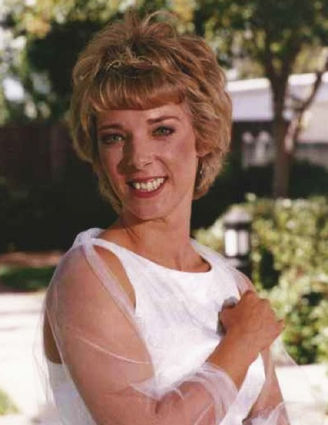 On Saturday, November 21, 2020, Victoria Carol Thorpe, (Vicki Terry) loving wife, mother and grandmother passed away at her home from this life into eternity at the age of 53 years after struggling with a rapidly aggressive form of ALS/Lou Gehrig's disease.

Victoria was born April 18, 1967 in Red Deer, Alberta Canada to Floyd and Marlene Terry. The family moved to the United States when she was 2 years old, first to Bozeman, Montana, then Libby and finally to Big Sandy, Montana. Victoria attended Big Sandy schools, being in the class of 1985.

As a child Victoria had a passion for animals of all kinds and would frequently bring home a stray dog or kitten. She wanted everything to have a home and be loved.

After attending school in Helena, Montana, Victoria went to work in the telecom industry allowing her to travel extensively which she enjoyed immensely. During her further education in Montreal, Canada she met Trevor Thorpe of San Jose, California. On August 17, 2002, she married Trevor Thorpe in Los Gatos, California. Trevor became a second father to Steven and Rebecca, loving and caring for them as his own.

Trevor and Victoria moved from San Jose, to Tracy, CA where they lived for many years before moving to West Point, Utah to work for Lockheed Martin.

Victoria had a passion for gardening and horticulture. Her creative giftedness made their beautiful house a home. Victoria loved ceramics, sewing, making jewelry and crafts of all sorts but her family was her deepest love. Despite the distance Victoria stayed in touch with her kids, grandkids, parents, and other family members. She was so proud of her grandchildren all of which were the light of her life. They enjoyed their times of video chat by cell phones. She often told her mother Marlene she was her best friend. Victoria was known for her beautiful soul, great sense of humor, and her infectious smile that drew people to her.

After many months of unexplained physical symptoms, Victoria was referred to the University of Utah Hospital in Salt Lake City in 2019 enduring numerous tests, biopsies, and scans. Victoria was finally diagnosed with ALS in March of 2020. She was also diagnosed with FTLD, a type of brain dementia that affected her memory, thinking processes and ability to perform her job despite working from home during Covid-19 restrictions. Throughout her continued physical degeneration, Victoria kept an amazing sense of humor often causing her hospice doctor, nurses and CNAs to laugh at her jokes and comedic insight. She had an immense knowledge of all things IT and loved life in all forms. Always strong in determination, Victoria managed to live long enough to see her daughter Rebecca give birth to her first child, a granddaughter named Payton Lee Johnson. Rebecca, Payton, Steven and Kingston Johnson and Marlene Terry drove from Montana to be with Victoria, spending precious time together before her death.

Victoria is survived by her loving husband Trevor, son Steven, grandsons Kingston, Ethan, and Tucker, daughter Rebecca (Becky), granddaughter Payton Lee, parents Floyd and Marlene Terry all in Big Sandy, Montana, and her brother Fred Terry of Helena, Montana. She was preceded in death by her first husband Lee Johnson.

Victoria chose to be cremated and due to the current COVID-19 pandemic and restrictions a Celebration of Life will be held at a later date. If you desire to honor her life, she requested donations be made in her name (Victoria Thorpe) to the ALS Research Foundation to find a cure. https://www.als.org/donate