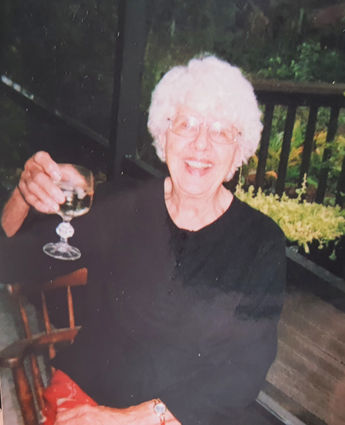 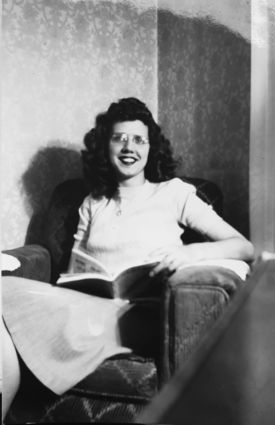 Mernie Wright Weathers, beloved mother, sister, grandmother, and great-grandmother, passed away peacefully in her sleep on Sunday, December 6, 2020, in Fairfax, Virginia, at the age of 93. Mernie was born in Crisfield, Kansas, on October 10, 1927. During the Dust Bowl years, her family moved back and forth between farms in Kansas and Montana, before finally settling in Big Sandy, Montana, in the early 1930s. She went to school in Big Sandy, where she skipped the eighth grade and graduated with honors. After receiving her university degree in 1948, she took a position with the U.S. Army in Okinawa, Japan, where she met her future husband, a fellow Montanan from Butte, Delbert W. Weathers. They were married in Helena, Montana, in June 1950. They raised four children together while moving among the states of Virginia, Missouri, and Washington state due to her husband's military career. Mernie also enjoyed her husband's tour of duty in Germany, where she traveled with her family around the continent in the family station wagon named Betsy. Upon returning to the United States in 1964, her family settled in Springfield, Virginia. She was a gifted writer and storyteller who shared her love of adventure with her family in travels throughout North America, Europe, Africa, and Asia. She was a prolific correspondent throughout her life, writing long, detailed letters – enclosed in envelopes filled with thoughtfully selected newspaper clippings – to her friends and family. Mernie's professional life included working as the Special Assistant to the Director of the Woodrow Wilson Center for Scholars in Washington, D.C. Post-retirement, Mernie volunteered at her local library in Laurel, Maryland, and enjoyed being an involved grandmother. Mernie loved sharing memories of her childhood in Big Sandy and always considered Montana her home. She often returned to Big Sandy for school reunions. Mernie is preceded in death by her husband in 1985 and by her oldest child, Del Weathers, in 2003. She is survived by her two daughters, Pat Wyatt and Megan Cullen; her son, John Weathers; a brother, Howard Wright; eight grandchildren, and ten great-grandchildren. Mernie will be missed greatly.