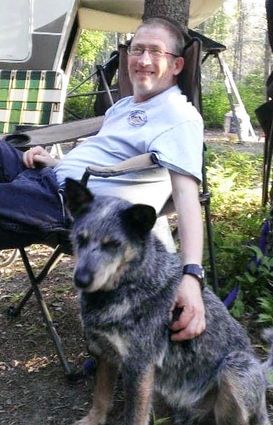 Glen Swanson, age 53 passed away April 14th after an extended illness. Glen was born May 5, 1967 to Robert and Marilyn Swanson. He graduated from North Toole County High School in Sunburst. Glen resided in Choteau for nearly 30 years.

Glen had a tremendous love for sports. He proudly served as the boy's basketball manager in high school and followed the local sports teams, attending as many games as possible. He was honored as the Choteau Bulldogs #1 Fan and served as the grand marshal of the homecoming parade. He was very active in Special Olympics of Montana, competing in track & field events and bowling.

Glen was active in his community. He was a member of Big Sandy Activities and throughout his time in Choteau, he worked at the Black Sheep Sports and Graphics and the Full Circle Thrift Shop. He attended Trinity Lutheran Church for many years and was a member of the Choteau Booster Club. He loved visiting the local library and movie theater. He could often be seen walking the streets of Choteau, greeting anyone and everyone he met with his trademark "Hello, my friend!"

His father, Robert Swanson, preceded Glen in death. He is survived by his mother Marilyn Swanson of Big Sandy, sister Melanie (Shaud) Schwarzbach of Big Sandy and three nephews: Eric, Tyler and Cameron.

A celebration of Glenn's life will be held Friday, April 23, 2021 at 1:00 pm at the Choteau Pavilion. Interment will take place at Big Sandy Cemetery when Glenn's remains will be buried with his father.

In lieu of flowers, memorials can be made to the Choteau Booster Club, Trinity Lutheran Church of Choteau or the Big Sandy Pool Fund.

Condolences may be left on-line at http://www.gorderjensenfuneralhome.com