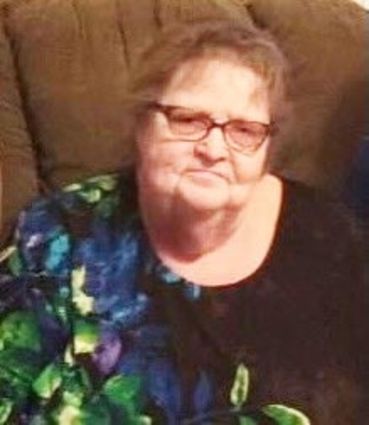 Jeanne Lawrence Nydegger, 81, of Melstone, MT passed away Friday, April 2, 2021 in Billings, MT. She was surrounded by her loving family and her caring team from Stillwater Hospice.

Jeanne was born October 10, 1939, in St. Paul, Minnesota to Doris and Louis Lawrence. Around the age of 5, Jeanne and her family moved to Big Sandy, Montana. Jeanne graduated from Big Sandy High School in 1957. Jeanne attended and graduated from Northern Montana College with a degree in Business Education.

Jeanne lived for her family, it was a guarantee that if the kids had an activity, a game, or an event she would be there to support them. Many miles were put on her vehicle following her kids around the state as they participated in all of their activities.

Jeanne grew up helping her family run the Big Sandy Mountaineer, and after marrying Ray, she worked for the Montana Legislature and for the city of Townsend. Jeanne finally ended up at the Montana Highway Department where she retired in 2012 after 21 years. Following her retirement Jeanne and Ray moved to Melstone to be closer to their family.

Jeanne was a 50+ year member of the American Legion Auxiliary, holding every office, culminating in Department President for the State of Montana from 1976-1977. She was also a member of the Eastern Star, Esther Chapter.

Jeanne was preceded in death by the love of her life 8 months ago, Raymond Nydegger; her parents Doris & Louis Lawrence; and her granddaughters Anna Marie and Breckin Nydegger.

She will be missed by her children, Jody (Kelly) Haaland of Big Sandy, MT, John (Chris) Nydegger of Shepherd, MT, and Jennifer (Bill) Bergin of Melstone, MT. Jeanne was blessed with 7 grandkids, Christine (Bo) Kombol (Haaland) and Caitlin (Kellen) Kessler (Haaland) both of Billings, Hayes and Reagan Nydegger of Shepherd, Paul, Michael and James Bergin of Melstone. She was also blessed with 2 great-grandkids, Hadley & Rogan Kessler of Billings.

Jeanne is also survived by her sister, Betty Morris of Washington and numerous nieces, nephews and extended family.

Visitation was held Friday, April 9, 2021 at Wier Funeral Home in Roundup, MT from 6-9pm, and graveside services were Saturday, April 10, 2021 Deep Creek Cemetery in Townsend, MT at 2:00pm with a reception following at the American Legion in Townsend.

In lieu of flowers, donations can be made to Stillwater Hospice or donors' choice. Condolences may be expressed at wierfuneralhome.com.