My father the solider 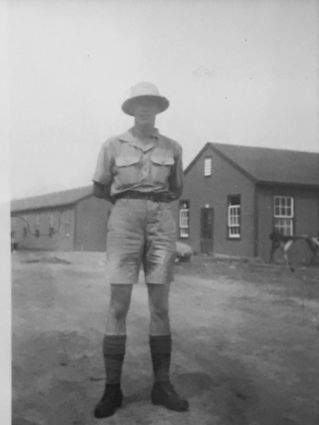 My father was one of the gentlest and kind persons I have ever known. It was in his nature to help people. He avoided confrontation. Yet, he became a soldier. He worked on the family farm till he was twenty-seven and at that age was accepted into the RCMP( Royal Canadian Mounted Police). He was put in charge of the horses for his unit due to his extensive work with them on the farm. He was an excellent rider--soaring over jumps with his arms crossed. During his training, he met my mother, and his life was changed forever. In those days, RCMP staff could not marry for seven years. The war...