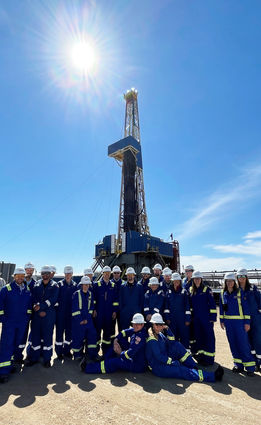 Big Sandy resident Colleen Buck just returned from 5 days in Colstrip, Miles City and Sindey as part of REAL Montana (Resource Education and Agriculture Leadership). For Colleen other members of REAL Montana Class IV, these were the sixth and seventh seminars in their ten-seminar educational program.

Class IV began in Colstrip where they discussed energy production, legislation, and community successes and challenges. Tours included the Westmoreland coal mine and Rosebud Power Plant. The group then proceeded to Miles City where they heard from leaders in the livesto...