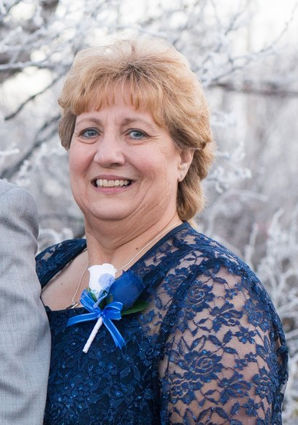 Vicki Lee (Vasecka) Kulbeck, 65, beloved mother, grandmother, sister, and friend, died unexpectedly due to complications of cancer on Tuesday, May 25, 2021.

Vicki was born January 7, 1956, in Cooperstown, North Dakota, to Air Force Sgt. Edward and Janis (Munsterman) Vasecka. She lived in South Dakota, Spain, Oregon, and Montana. The family was stationed in Havre in 1964, and Vicki graduated from Havre High School in 1975. After high school, she attended Northern Montana College, receiving her degree in nursing, and becoming an LPN. In 1978, Vicki enlisted in the US Coast Guard, and after her honorable medical discharge, she began working at Northern Montana Hospital, where she remained for over 35 years until her retirement in 2016.

At a party in Big Sandy in 1978, Vicki met her future husband, Glen Kulbeck. They were married by her father at Lake McDonald in Glacier National Park on July 1, 1983. She moved to the Kulbeck farm located 20 miles west of Big Sandy, where she loved being a farmer's wife and cooking for harvest. Vicki and Glen spent 32 wonderful years together. Her greatest joys in life were her children, four grandchildren, and the rest of her family.

Vicki was the soul of the family, the fairy godmother. She adored her family, and she loved Big Sandy and its people., She was active in Christ Lutheran Church, and she spent time researching the cemetery at Kenilworth. Following Grandma Emma's tradition, Vicki and her cousin Barb would make Halloween gingerbread men cookies every year to hand out to the local Big Sandy kids. She enjoyed hosting dinner every Christmas, and her attitude was "the more, the merrier". She had a great sense of humor, and was always kind to everyone. As a child, Vicki was in the Girl Scouts, and later became a Girl Scout Leader. While raising her boys, she acted as a Cub Scout Leader. Due to her scouting background, she could often be found singing a campfire song at the drop of a hat. She will be greatly missed.

She was preceded in death by her husband Glen in 2015, and her parents, Ed and Jan Vasecka.

Vicki Lee (Vasecka) Kulbeck, 65, beloved mother, grandmother, sister, and friend, died unexpectedly due to complications of cancer on Tuesday, May 25, 2021. Cremation has taken place, and a memorial service will be held at 10:00 a.m. on Saturday, June 12, 2021, at Christ Lutheran Church with Pastor Sean Janssen officiating. Burial will take place at Kenilworth Cemetery, south of Kulbeck farm, where she will be buried next to her parents and beloved husband. Vicki's family has suggested memorial donations be made in her memory to Christ Lutheran Church, the Big Sandy Library, the Big Sandy Pool, or the organization of the donor's choice. Holland & Bonine Funeral Home has been entrusted with services and arrangements. Please visit Vicki's online memorial page and leave a message of condolence for her family at http://www.hollandbonine.com.