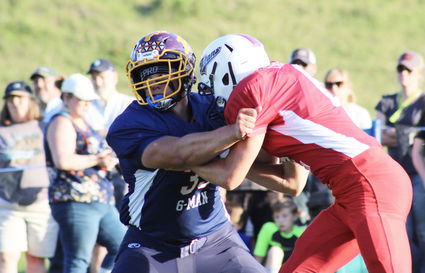 The annual Montana 6-Man high school football all-star game is took place June 5 in Highwood. The kick off was at 7. The game pitting the Red against Blue, which was canceled last summer due to COVID-19, is to kick off at 7 p.m. in Highwood. Kade Strutz played for the Blue team., Larry Jappe of Big Sandy was one of the Blue Team Coaches. The Red team won. There was a nice write up in the Great Falls Tribune about Kade, commenting the entire six man Red team was instructed to tackle him when he had the ball, and contain them they did. However, he showed his athletic ability by winning...