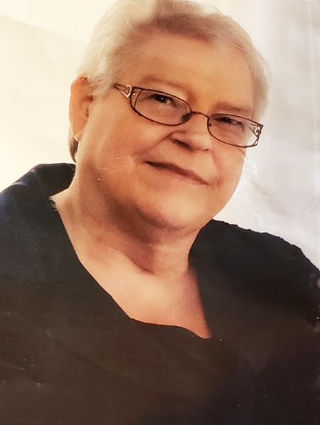 Elizabeth was born on December 20, 1937 in Crieff Scotland to James and Isabela Methven, the second of three daughters.

At age 29, she left Scotland with her friend Helen to work as a Registered Nurse in Big Sandy, Montana.

In 1967, she married Jerry Martin and was blessed with three children, twins, Kenneth and Shona, and Shelley two years later.

In her years in Big Sandy, Elizabeth worked as a registered nurse at Big Sandy Medical Center, did home health care and was a rural mail carrier. She was a devoted member of St. Margaret Mary's Catholic church. She also spent numerous hours in the high school bleachers where she could definitely be heard cheering on her amazing children Kenneth during wrestling and Shelley during basketball games.

Elizabeth moved to Shelby, Montana for a time before finally relocating to Casper, Wyoming to be near her daughter Shelley. While in Casper, Elizabeth was a volunteer for True Care Women's Resource Center and was a member of a local writer's group and a published author.

Elizabeth lit up every room with her smile and her enthusiasm for all of her passions, whether it was quilting or writing, inspired others around her. She was an amazing caregiver and in her nursing career she made a difference in so many lives. She will be truly missed having made a lasting impact everywhere she went.

A small memorial service will be held June 22 at St. Margaret Mary's Church in Big Sandy at 2:00 p.m., followed by burial in Big Sandy Cemetery.

Donations can be made in Elizabeth's name to St. Margaret Mary's Church or to the donors choice.