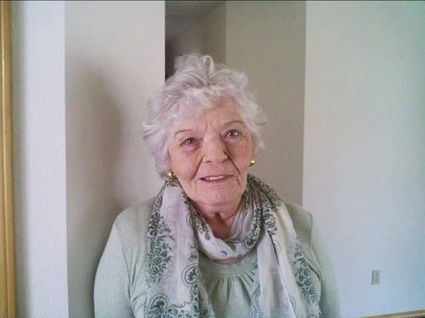 Mary Elizabeth (Butler) Rowe passed from this life to reunite with her loved ones on Sunday, May 30, 2021. She was residing with her daughter Debra in La Crosse, Wisconsin at the time of her passing.

Mary Beth was born in Big Sandy, Montana to Ira and Emma (Olson) Butler on October 6, 1929. While Mary was still in high school, she met her future husband, George Rowe. They married, with Mary finishing high school in Big Sandy and George deploying to the South pacific with the Navy. Upon George's return, the young couple resided in Montana and North Dakota for several years. Eventually, George secured a position that allowed the growing family to live in locations all over the country. Mary and George later divorced.

Mary enjoyed working with the public and always found jobs that allowed her to meet new people and nurture friendships. Prior to moving to Wisconsin, Mary lived in Sheridan, Wyoming; Forney, Texas; Anaconda, Montana; and Boise, Idaho. She loved to travel!

Mary was preceded in death by her parents, 2 brothers, a sister, her son John Rowe, and great-granddaughter Kylie Rowe.

We will miss mom's wit and humor, and she will be forever in our hearts.