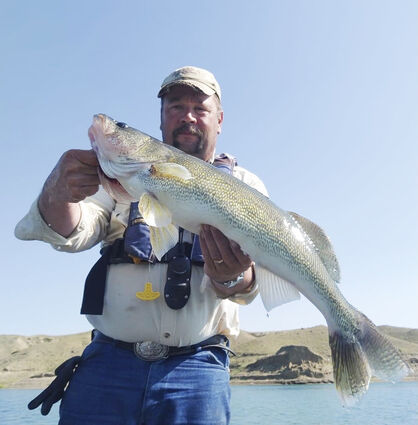 Brad Moore, Big Sandy resident and the former Superintendent of our local school system, is taking a position as Assistant Superintendent for Havre Public Schools in the coming academic year. This takes place after he was recognized as superintendent of the year for Central District of the Montana Superintendents' Association.

The move to employment in Havre is a major shift for Brad. "It's obviously a bigger school. I've spent the vast majority of my career in Class C schools, so to move up to a Class A school is a big adjustment for me."

Though the school system will be much larger, his professional responsibilities will be more focused. "The nice thing with Havre is that there is a support staff, principals and the people to take care of the day to day stuff. Everything is delegated out. You don't have to do everything like you have to in these smaller schools." Part of what Brad enjoyed about being a superintendent in smaller schools was the variety and heavy involvement in day to day operations. "That's why I have spent most of my career in class C. It's why I have a CDL to drive a bus, and I have a boiler license. It's also exhausting to be responsible for every little thing that happens." In his new role, Brad will be less diverse in his daily responsibilities. "My two main roles are personnel (the recruiting and hiring) and curriculum. I am very comfortable with recruiting and hiring. Always have been." In fact, one of Brad's strengths during his time as superintendent in Big Sandy was finding teachers with local connections who have stayed on in the school longer. "I had the same success in Stanford. They had a few openings, and we were able to get that handled. I enjoy it. It's just a little bigger level and more. Then curriculum is the other part. That is going to be a big change for me, being involved in curriculum." Brad has had less involvement in choosing curriculum over the past few years. "But, the superintendent used to be the assistant superintendent, so that was his role. I have a good coach to assist me with that." Brad has known the current superintendent for Havre for many years, and the choice to take on the job there was greatly influenced by their friendship.

Perhaps the biggest positive for Brad in taking the assistant superintendent position in Havre is the shift to a job closer to home. Though he will spend more time commuting to work daily, he will be closer to home. During his past few years of work, Brad has lived in the towns where he was working, spending four days on the road every week. The shift in employment will result in him coming home every night. More time at home with his family was the biggest factor in choosing the position in Havre. "The last two years in 2019 and 2020, I was superintendent at SweetGrass Valley High School in Big Timber. I used to teach there. That was going great. In November of 2019, Stanford asked if I would help them while they were looking for a superintendent. I said that would be fine, so I was doing both schools. Then the pandemic hit in March of 2020. This last school year, I chose to do one school. There was no way I could continue to do two schools." The responsibility of managing two schools through the Covid restrictions and reopening was too much to take on. In the end, he chose to stay in Stanford because his father lives there.