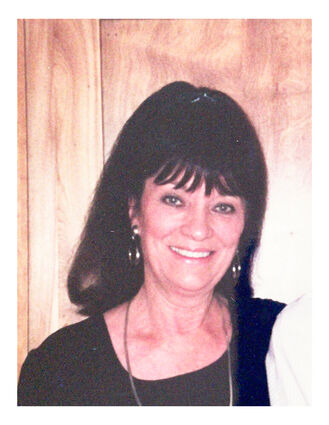 Janis Reichelt-Kaiser, a retired small business owner and life-long resident of Big Sandy, MT, died of natural causes on July 10, 2021, at the age of 83.

Janis was born in Havre, MT on February 21,1938. She was the first-born child of Walter Kaste and Christine Schiff. Janis graduated from Big Sandy High School in 1956. She attended the University of Montana for one year and always talked about how she wished she had stayed and became an accountant. Janis's love of numbers and finance was prominent throughout her life. She left the university and moved to California. Janis lived briefly in the greater Los Angeles area before moving to San Francisco. While in San Francisco, she met and married Jack Dansie. Janis and Jack moved home to Big Sandy to help Janis's mother with Kaste's Department Store after the death of Jan's father, Walt. Janis and Jack had two sons, Jeff and Mark. Soon after Mark's birth this marriage was dissolved, and Jan became a single mother while working at the store. In 1970, Janis began dating Dennis Reichelt. Dennis and his two children, Monte and Denora, became a big part of her life. On September 9, 1977, Janis and Dennis were married. The two worked together to run the store and also the Reichelt Farm and Ranch. Not long after their marriage, Dennis adopted Jeff and Mark. In July of 1986, they lost their son Jeff to a car accident. This loss haunted Janis her entire life and unfortunately was only the beginning of many significant losses in her life. In 1993, Dennis succumbed to cancer after three years of treatment, which included living in Maryland while he underwent a bone marrow transplant. In 1995, Janis's life took a happy turn when she reconnected with a former high school friend. Edwin Kaiser had also lost his spouse and, when home for a reunion, the two began talking. Ed lived in Long Beach, CA, so their friendship was over the phone and soon they started traveling to visit one another. Jan married Ed on November 22, 1995. She soon retired, closed her store, and donated the building and land to the Big Sandy Library which, once constructed, was named the Jeff Reichelt Memorial Library in honor of her son. Ed and Jan spent many years sharing time between Long Beach, Big Sandy, and one of their favorite places, a time share outside Glacier National Park. Sadly, Ed developed Alzheimer's Disease, and Jan and Ed spent the last years of his life in Long Beach before he died in 2012.

Despite the losses in her life, Jan worked tirelessly to make her family happy and was always looking to bring everyone together. An important part of her life was her faith in God and the Catholic Church. Whether in California or Montana, she looked forward to Sunday Mass. She also looked forward to every Big Sandy Homecoming event so she could reunite her classmates for a spaghetti dinner. In her later years, her granddaughters were the biggest joy in her life and even when she became ill, in the last weeks of her life, she never quit asking about them. Jan will be greatly missed by her friends and family.

A celebration of her life will be held at St. Margaret Mary Catholic Church in Big Sandy on August 21, 2021, at 11:00 am. Memorial Contributions may be made to the Jeff Reichelt Memorial Library, St. Margaret Mary Catholic Church or the organization of your choice. Holland & Bonine Funeral Home has been entrusted with services and arrangements. Please visit Janis' online memorial page and leave a message of condolence for her family at http://www.hollandbonine.com.