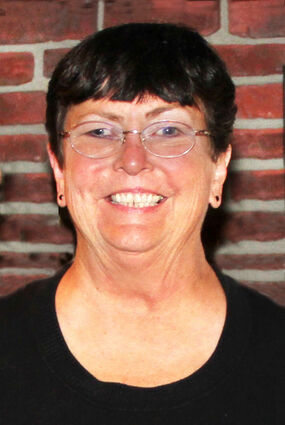 Grandmother, longtime nurse and lover of all animals, Lynda Edwards, 74, of Pablo, Montana, died on July 29, 2021, in the Ronan Hospital where she suffered a massive stroke after being admitted to the hospital with a breakthrough case of COVID-19.

Born on Dec. 16, 1946, in Harve, Montana, to Bob and Esther (French) Cornett, Lynda graduated from Big Sandy High School in 1965. She maintained a strong friendship with many of her classmates throughout the years and enjoyed making the pilgrimage to her hometown every five years for the all-school reunion.

She graduated from radiology school at Columbus Hospital in Great Falls and years later received her bachelor of nursing degree from Montana State University in Bozeman. Lynda was a caregiver through and through, always putting her patients first. She worked as a travelling nurse including a memorable time spent in Alaska. She was a dedicated hospice nurse in Lake County for many years and also worked in nursing homes in Ronan and Polson. Her patients were always greeted with a welcoming smile and treated to her jovial laugh.

Her love for family and friends, near and far, was a priority. She raised two sons and was raising her grandson at the time of her death. She had also served as a foster parent. Lynda's love extended to animals. She always had a menagerie of cats and dogs she welcomed into her home.

Lynda enjoyed spending time outdoors and raising flowers. She was a member of the Polson Elks Lodge and had served as the Exalted Ruler.

She was preceded in death by her parents, Bob and Esther Cornett; a brother, Guy Cornett; and sons, James and Jeff Edwards.

Per Lynda's wishes, no formal service will be held.