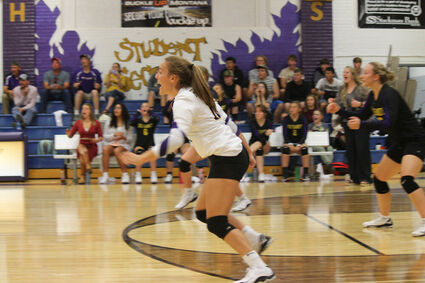 In spite, of losing both their matches last week against North Star and DGS, Coach McKenney was very pleased with the Pioneer Ladies Volleyball squad. North Star was the first home game of the season which is always exciting. In regard to the North Star match McKenney stated "I think we put on a pretty good show being able to take them to four sets was exciting, obviously I would have rather it had gone to five, but I thought the girls played well together. I really like how close it was throughout the match. Obviously, the third set we weren't as close, but we had three sets within two points. And those are a good match and that is exciting when it can be neck and neck that whole time. And it was fun to watch. They performed well and the fans were impressed in just how far these girls have come even in comparison to last year and with being so early in the season and I think there will be a lot of growth for sure."

Concerning the DGS match Mc Kenney shared these thoughts. "The game against DGS was even more exciting as we took it to five sets. It was wild. It was so close. It was an intense match all the way through until that fifth match and unfortunately, we started to fall apart a little bit and we lost 8-15."

McKenny felt the loss in the last set was a lot just being a younger team this year and just making "rooky mistakes" that add up "but the match was very exciting and intense. All throughout it was back and forth, back and forth. The volleys were amazing. We totaled 96 digs in that match." Having watched the game on live stream I have to agree that the DGS game kept us on the edge of our seats.

According to McKenny "We definitely showed our scrappiness and defensive skills as did DGS. So now if you look at the stats we are pretty strong defensibly which is something we take pride in. But also, we do need to get stronger offensively because eventually you've got to be able to put a ball down, so we are going to be working on those skills." 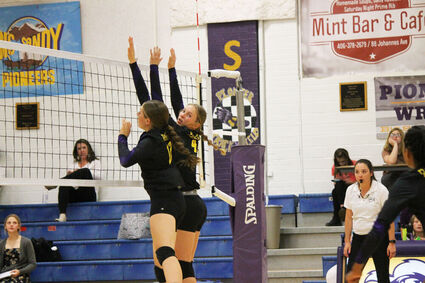 The coach had high praise for her team especially Amiya Griffith who is "a powerhouse with flat out power across the board and does amazing defensively. She has good ball control, and she knows how to put a ball down but now we need to get the rest of our younger players up to speed and start making sure they put a ball down as well."

This is Amiya third year on varsity, and it is her Senior year. According to McKenny she's put in a lot of time and energy into volleyball, and it shows so now McKenny says it will be exciting to see the other girls coming up to speed. "There's a lot of potential there, it's just recognizing how to adapt to the set because you are not always going to get a perfect set but if you're a great hitter it doesn't matter, you're going to adjust so I think that's what we just have to keep working on."

So, let's as a community come out and support these girls and encourage that growth.