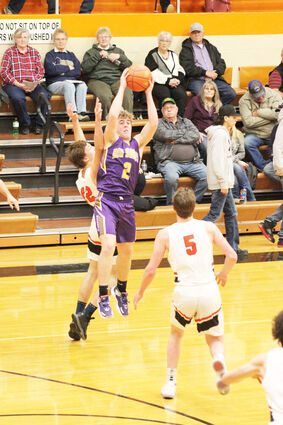 In the only weekend contest for the Big Sandy Pioneers because of the game cancellation against Hays-Lodgepole, which was set to get played on Saturday, January 22nd. The Pioneers would face against conference opponent the Chinook Sugarbeeters, in a game where the Pioneers would not get in a real rhythm on either end of the floor, and the hot shooting of the Sugarbeeters would give them the early halftime lead with a score of 26-20. In the second half, Chinook would continue to push the pace and push the lead. Foul trouble for Pioneers would dig them into a deep hole that they couldn't dig themselves out of getting outscored in every quarter and picking up their second conference loss on the season, final score Chinook 59 Big Sandy 38. In the effort, the Pioneers were led by Junior Braydon Cline with 24 points, including a solid 5-8 from behind the arc and a perfect 5-5 from the line. Kody Strutz added 6 with 5 rebounds on the night. The Pioneers move to 9-2 on the season. The Pioneers will travel to DGS to face the Bearcats on Thursday and be on their home floor Saturday set to face the Fort Benton Longhorns. 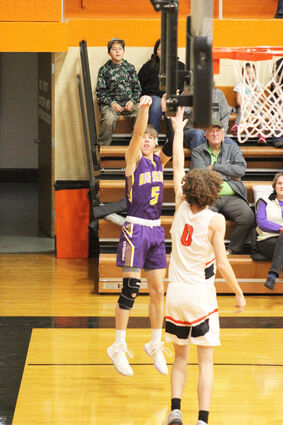