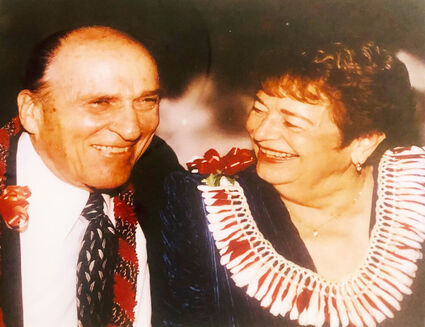 Shirley Ann (Siebrasse) Lund died peacefully on December 12, 2021, at her memory care facility in Bellevue, WA, with family by her side. She was 90 years old.

Shirley was born on March 6, 1931, in Havre, MT to John and Esther Siebrasse. She grew up in Big Sandy where she met the love of her life, Harold "Hal" Lund. Shirley and Hal married on October 12, 1951 and lived in Missoula where Hal obtained his college degree in Pharmacy. Shirley and Hal began their family of raising four boys while living in Havre, Choteau, and then Great Falls, MT. While being a wife, mother, and sometimes referee to the boys, Shirley still found time to go back to school and earn her college degree in elementary education with honors. Shirley and Hal continued living in Great Falls until Hal's retirement from Buttrey Foods in 1985 at which time they moved from Montana to Tacoma, WA, where Hal continued working for another 5 years before retiring completely.

Shirley and Hal and the boys would always love to spend time in the great outdoors which included hunting trips, water and snow skiing and simply camping outdoors. This love for the outdoors inspired Hal to take up the art of wildlife and western sculpting which he truly immersed himself in. His talent with bronze sculptures were often showcased at the Russell Auction in Great Falls as well as numerous other galleries and private collections throughout the country and abroad.

Shirley and Hal enjoyed spending time with their extended family which also included their love for furry 4-legged creatures, their dogs. They would often return to Montana to visit friends and family and to attend the yearly C.M. Russell auction in Great Falls. Their travels also included destinations abroad in Europe, South America, and China where they got to see the Great Wall.

Hal and Shirley's final wishes were to be buried together in Big Sandy. The family is planning a joint memorial service at the United Methodist Church in Big Sandy at 11 a.m. on Monday, June 27th followed by a graveside service at the Big Sandy Cemetery. A reception will follow at the Mint Bar & Cafe in Big Sandy. Any condolences can be directed to the following email address: blunds1212@gmail.com.