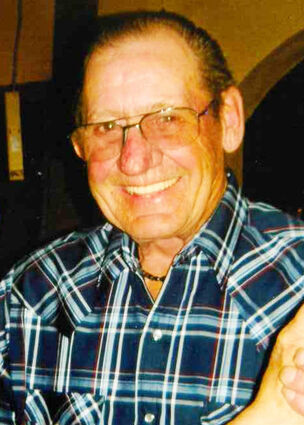 Alexander Michael Glasoe, 85, passed away Friday, March 4, 2022 at St. Peter's Health from dementia/Alzheimer's disease. Alex was born January 27, 1937 in Crosby, North Dakota to Raymond Glasoe and Ellen Logelin Glasoe. He was the second of seven children and spent most of his early years in North Dakota.

Alex was a carpenter and worked in the Havre, Glasgow, Big Sandy area where he met and married Marge Horcicka in Big Sandy in 1957. They had four children. They would have been married for 65 years in April of this year.

In 1965 he moved the family to East Helena where he worked for Sharbono Construction and later for the ASARCO smelter in East Helena. He also worked many years bartending in the bars of East Helena. He finished his work career at Fox Ridge Golf Course for the last 20 years.

Alex enjoyed snowmobiling, motorcycles, and trips with friends in his younger years. He loved the many weekends spent camping, boating, and waterskiing at Black Sandy with family and friends. He was a hunter, fisherman, golfer, and would help out any neighbor. Alex and Marge spent 18 winters in Arizona enjoying the warm weather and their neighbors there.

He is preceded in death by his parents; brothers Duane, Robert, and Leonard; sister Karen; daughter Julie Rice; and granddaughter Tori Rice.

According to his wishes, there will be no services. Cremation has taken place.