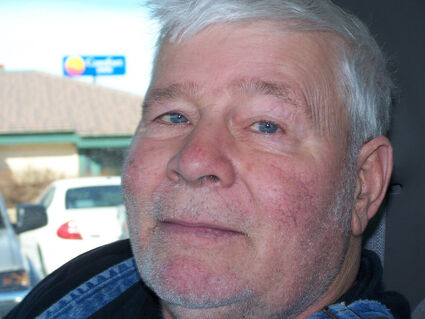 Roger Eugene Williams, 87, passed away peacefully on March 30, 2022, in Casper, WY while in hospice care. Roger was born February 28, 1935, in Fort Benton, Montana. His family moved to the Big Sandy area when he was in first grade, where he attended elementary school at the rural Dog Creek country school near the family farm southeast of Big Sandy. He entered Big Sandy High School as a Freshman and graduated in 1954. While in high school he was active in numerous extracurricular activities to include football and track.

Following graduation, he moved to Geraldine (or as he called it "across the river) to help his grandmother on her farm, after the death of his grandfather. In 1957, he and his brother Raymond enlisted in the United States Army, where they served together for two years in Stuttgart Germany. After being honorably discharged, Roger returned home to the family farm and purchased a farm and ranch neighboring his mom and dad's place. In the fall of 1964, he married Sue Anne Cook; they had three children; they later divorced. Roger farmed for the next 20 years, until he decided to open a custom harvesting business where for the next 30 + years, he provided harvesting services for many in the Big Sandy area and in the Browning/Cut Bank region.

Roger, affectionately known as "Big Rog" to his friends and family was the epitome of an extrovert. He was always willing to strike up a conversation, tell you a joke, spring to the aid of those in need, or offer wise counsel to those seeking. Roger loved the outdoors whether working or playing. His faith in our Lord and Savior Jesus Christ formed the foundation upon which he built his life, whether reading bibles stories to his children or just treating everyone around him like he wanted to be treated, he was a faithful friend to everyone and much love by all who knew him well. Additionally, he was the ultimate sports fan, crisscrossing the states of Montana, Wyoming, Minnesota, Texas, Arkansas, Louisiana, North Dakota, and South Dakota to watch his brothers, children, nephews, nieces, and grandchildren compete or coach on the fields, courts, arenas, and stadiums of contest, or sitting in his easy chair cheering his beloved Green Bay Packers.

Later, Roger spent his time between Wyoming and Montana, until recently fully retiring in Douglas WY near his daughter and her family. 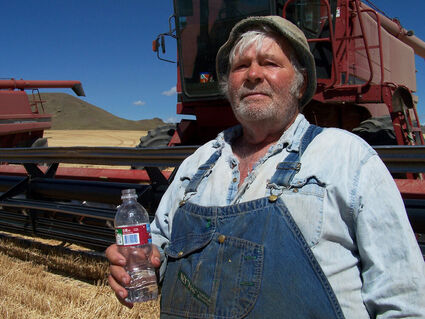 Roger was preceded in death by his father Harry, mother Thelma, and brother Raymond.

The family will hold two celebrations of life this coming summer: one in Big Sandy, Montana; the other in Douglas WY. Dates are yet to be determined. If you desire to make donations in Roger's name, please direct them towards to the Big Sandy Historical Society, for Roger loved history.