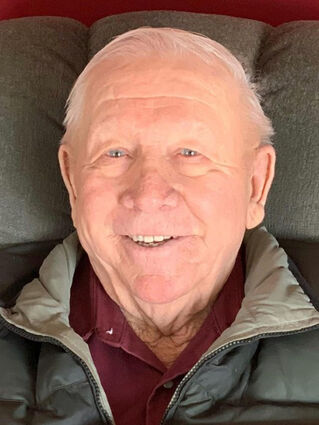 Lyle Ophus, 83, retired farmer and rancher, died of cancer May 20, 2022. Funeral Mass was celebrated Friday, May 27, at 11 AM at St. Margaret Mary's Catholic Church in Big Sandy.

Lyle was born in 1939 to Anton and Pearl Ophus at the family farm near Big Sandy. He was the youngest of their 14 children. He attended school in Big Sandy and graduated class of 1958. Lyle attended MSU Northern college for a short time. He married Barbara Magda in 1960 at St Margaret Mary's Catholic Church in Big Sandy. They were blessed with 11 children.

In his younger days, he enjoyed hunting and pickup pulls. As a provider for his large family, he also had many side jobs. He was proud of the work he did on oil rigs, welding, dirt work, and custom hauling with his semi truck. Lyle resided on the family farm until about two weeks before his death.

Memorials may go to St. Margaret Mary's Catholic Church in Big Sandy, the Senior Citizens Center in Big Sandy, or to a charity of choice.