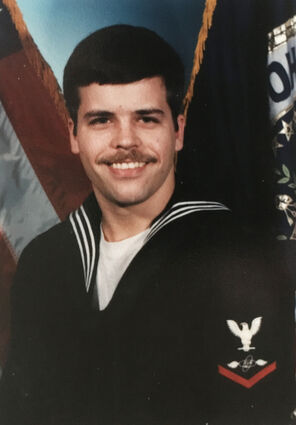 John Walter Diacon, of Tecumseh, Oklahoma passed away on May 31, 2022, in Oklahoma City after a fight with cancer.

John served in the United States Navy from April 1988 to June 1992. After basic training and A-school, he was stationed at Naval Air Station Whidbey Island, Washington. He was deployed with VAQ-130 to Desert Shield/Desert Storm aboard the U.S.S. John F. Kennedy, CV-67, from August 10, 1990, to March 28, 1991. Months of training and preparation culminated in forty-two days of around-the-clock combat operation, from January 17, 1991, to February 28, 1991. John served proudly but was happy to return home to his family.

Services will be held at the family cemetery located on the Diacon farm at 340 Diacon Dr, Loma, Montana, at 11:00 on the morning of Saturday, August 6, 2022. A gathering of family and friends is scheduled at the farmhouse after the services, and all are invited to stay and share memories and stories about John.