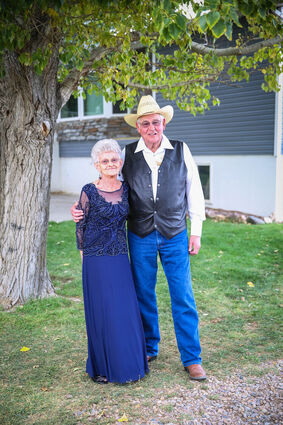 Joyce was born January 2, 1945, in Bloomsburg, Pennsylvania, one of three daughters born to Joseph and Bernice (Welliver) James. She was raised in Danville and graduated from Danville High School in 1962. After high school, Joyce took a job as a secretary at the Pentagon in Washington, DC. In 1967, she volunteered to go overseas to Wiesbaden, Germany, to work for the government. It was there in Germany that she met Dean Robertson and their love story began. The couple courted for seven months and were married in Basil, Switzerland. They honeymooned in Austria, Switzerland, and Southern Germany. They lived in Germany until Joyce returned to Pennsylvania in 1968 to care for her mother who was ill. Dean returned six months later. The couple moved to South Dakota and were stationed at Ellsworth Air Force Base. This is where their first child Monique was born. The family lived in South Dakota for six years until 1975 when they moved to Loma, Montana in the fall of that year to begin farming. Their family grew in 1980 with the birth of their son Jim and again in 1982 with the birth of their son Joe. 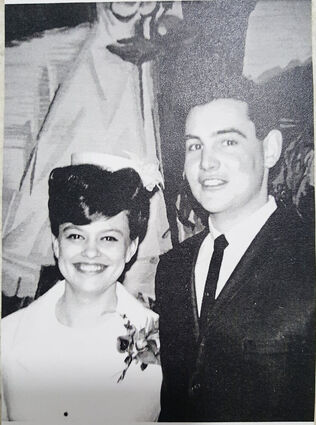 Joyce enjoyed the farm life, she had a plentiful garden, and was a wonderful cook. Everyone always made sure to stop at noon for a meal because they all loved Joyce's cooking. She also took the kids out to pick rock and had many other duties on the farm. She was a compassionate person who always made sure all were taken care of before herself. She was an active member of the community belonging to the Big Sandy Hospital Guild, instrumental in organizing the kids bowling program for many years, and a member of the Big Sandy Methodist Church. She enjoyed knitting, crocheting, painting ceramics, and cooking.

She was preceded in death by her parents; her stepdad, Eb Robinson; and brother-in-law, Bob Cashner.