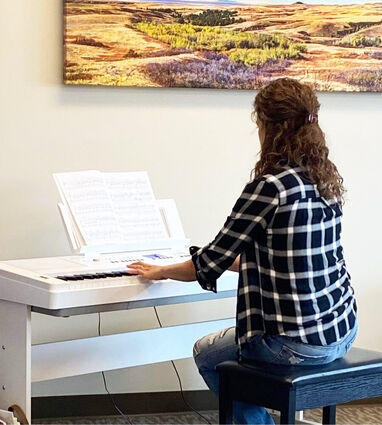 The Cascades by Scott Joplin, The Waterfall by Jon Schmidt, and Doctor Gradus Ad Parnassum by Claude Debussy were the three pieces Michelle chose to play for library patrons on Tuesday. As an audience member, the pieces sounded difficult and were played beautifully...