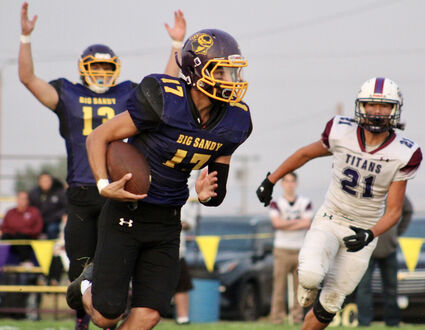 The Pioneers dominated every facet of the game on Friday night. It's fair to say that the team was eager to avenge last season's defeat at the hands of the Power-Dutton-Brady Titans. Big Sandy received the opening kickoff and cashed in on a quick score on a pass delivered by Braydon Cline to Kody Strutz. Struts made a spectacular jumping catch to give an early lead to the Pioneers. A stout Pioneer defense forced a quick punt on the Titans first offensive possession. Cline would hit Junior Wylee Snapp with a beautiful pass and catch in the corner of the endzone. Another defensive stop would...