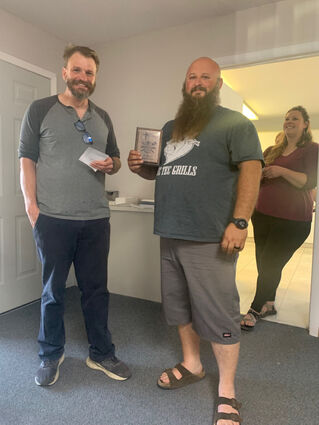 On Sunday, September 25th, Big Sandy Church of God held its 11th Annual Brisket Cook-Off. This year's event featured 14 cooks, including 2 Big Sandy High School students. The event was well attended, with around 175 people coming out to eat lunch and vote on the people's choice. There was also a pie baking contest as a part of the cook-off. Cooks had the opportunity to win in both the Judge's and People's Choice categories.

The strongest showing of the day was Chase Hoffman, who has competed in numerous cook-offs. Chase has received several second place awards in years past. This year he wo...